Today’s post might feel a little looser than usual, because I’m writing in the midst of an initial response to a big idea. It’s mostly about writing, but stick around even if that’s not your schtick, because I think I can tie it into bigger ideas about vocations and life choices in general. The big idea comes from a podcast called Writing Excuses, in which authors pick apart what they call the “elemental genres” of writing – “elemental” as in Periodic Table of the Elements, and “genres” as in…well, pretty much anything they want it to mean. Right now, the authors are on a workshop/cruise with a bunch of other writers, which sounds both heavenly and kind of like being stuck in one of those rooms with mirrors on all four walls. But they’ve managed to avoid too much navel-gazing by (a) inviting guest authors to speak, and (b) exploring an elemental subgenre which they’re calling “issue.”

Tangent #1: Aristotle was the first writer who tried to reduce writing to its component elements, and one of the six he came up with is, essentially, Issue. The most common translation of his Greek word is “Thought”; when I teach Aristotle in my classes, I use “Theme.” And “Issue” is a tricky choice, because it has negative connotations for authors. No playwright wants to be accused of writing a mere “issue play,” even if that’s exactly what they sat down to do. None the less, it’s a testament to the importance of social ideas in literature that Aristotle placed Thought/Issue right up alongside Plot, Character, etc. And Socrates made an even stronger argument by rejecting the theatre entirely because of its dangerous power to persuade.

So, in Writing Excuses, Season 11, Episode 47, the guest speaker is an SF writing named Steven Barnes. My knowledge of Barnes’s fiction is limited to a series of novels he co-wrote with Larry Niven, called Dream Park (a Westworld-style amusement park gone wrong), but I haven’t picked one up since the late 80s, and Barnes has been busy since then. His contribution to the podcast is so eloquent and profound that I’m resolved to pick up his writing again – after I’ve done all the homework he implicitly assigned for me in the podcast.

Tangent #2: I’m writing a fantasy novel that basically has “issue as a subgenre.” I’m trying to keep my cast diverse without sinking into stereotypes or pandering. Barnes happens to be an African-American writer, and so his perspective, like that of other POC in the industry, matters to me a lot. In other podcasts and articles on the subject, I’ve heard authors of colour (and queer authors, and disabled authors) say, “Don’t try to represent us. Just give us room to speak for ourselves.” So the stakes felt high for me when I tuned in to see what Barnes had to say on incorporating cultural issues into one’s work. 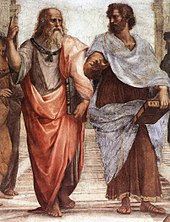 Barnes speaks with the wisdom and self-assurance of someone who has not only been asked these sorts questions before, but also one who asks and asks himself, and seeks answers in all sorts of directions. Within two minutes, he was drawing upon Greek philosophy and Biblical quotations (“What is man, that thou art mindful of him?”), and his thesis was simple: differences between human beings (characters, tribes, ethnicities) are determined by environmental differences; if an author understands their characters’ environment, they can understand the character.

There’s more to it than that, of course. Barnes (and others on the podcast) argue that a book which adopts that stance will likely come across as one-sided and didactic, so an author also needs to include characters whose environments have conditioned them to believe the opposite – that is, that people are intrinsically different from each other. In the current, hostile culture of the internet, we call these people “bigots” – but it’s not enough for an author to prop up strawmen bigots for his characters to fight. They need understandable environments too.

Tangent #3: Barnes also addressed the question of research, and agreed with the panellists that, if you’re not a POC but you want to write about POC, you should at least read what POC write, especially what they write to and for each other, because it’s liable to be different than what they write for public consumption. The same goes for other minority writers, I’m sure. That’s the homework I mentioned earlier, and what will form the basis for my Christmas wish list and my post-holiday reading.

Towards the end of the podcast, Barnes gets philosophical again. “If you do that,” he says, addressing authors, and referring to the act of writing progressively, with the aim of bridging social divides, “You are doing sacred work. Storytelling is the elders of the village telling the younger people of the village, ‘This is what life is.’ And as we get more stories from all around the world, we start seeing that the same story patterns emerge no matter where you go.” According to Barnes, writing accessible characters works on an additional level: when compared with other stories, it illustrates the universality of humanity. 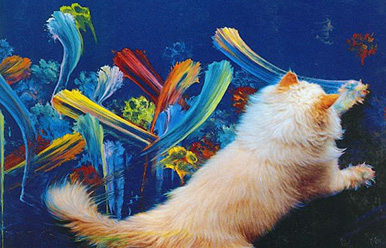 This is mind-blowing for me. I always love to hear my work described as “sacred,” and the way Barnes puts it, I can absolutely see the benefit of authors who draw upon archetypes in accessible ways. Now, more than ever, I think the world needs stories that remind us of what we have in common.

But I also think that social chasms can be bridged in other ways besides writing. Any activity that inspires you or gives you passion or fulfilment – in other words, any vocation – chances are, it’s probably shared by others. At the very least, they will recognize in themselves the joy you feel in performing those tasks, and that empathy will bring you closer. Stories are sacred, but they are far from the only universal truths. Let’s all find ours, and then share them loudly and proudly.