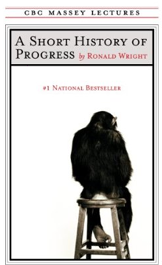 In A Short History of Progress, Ronald Wright estimates that human beings as we know ourselves have existed for about 100,000 generations, or 2.5 million years – a mind-bogglingly long time by subjective standards, but a mere blink of the eye of the Earth (4.5 billion years old). Yet, says Wright, we didn’t understand progress, and certainly not evolution, until the last six or seven generations. “Nature let a few apes into the lab of evolution, switched on the lights, and left us there to mess about with an ever-growing supply of ingredients and processes.” The invention of tools, the taming of fire, the rise of language and agriculture and civilization – humans did it all with neither an instruction manual nor a history book. “We have done it all sleepwalking.”

Wright’s book is based on his Massey Lectures. It provides a phenomenal long-view perspective of the mess we’re in – the way our technological inventiveness and instinctual thirst for security and accumulated wealth have disrupted our environment in lethal ways. In a small way, it’s reassuring to learn that our latest resource crisis is merely a global version of the same “progress traps” we’ve fallen into time and time again: Ancient Rome (impoverished soil that made the empire dependent on the colonies for grain), the Maya (overpopulation and agrarian failure), Ancient Sumeria (over-irrigated until the Biblical floods washed it away). Wright believes that any civilization is

most unstable at its peak, when it has reached maximum demand on the ecology. Unless a new source of weath or energy appears, it has no room left to raise production or absorb the shock of natural fluctuations. The only way onward is to keep wringing new loans from nature and humanity. Once nature starts to foreclose – with erosion, crop failure, famine, disease – the social contract breaks down. People may suffer stoically for a while, but sooner or later the ruler’s relationship with heaven is exposed as a delusion or a lie. Then the temples are looted, the statues thrown down, the barbarians welcomed, and the emperor’s naked rump is last seen fleeing through a palace window.

We are obviously now in the “suffer stoically” stage of our own civilization’s decline. The difference is, this time we have bet all our chips (9 billion and rising). When the Roman Empire collapsed, there was no immediate effect upon the Mayans, or vice versa. Wright ends his lecture with an urgent warning: “The most compelling reason for reforming our system is that the system is in no one’s interest. It is a suicide machine.” If we don’t take immediate and radical steps to reverse overconsumption and slow climate change, says Wright, we will fall for the biggest progress trap in the history of civilization. And also the last.

In the past few years, scientists have drifted away from using the terms “global warming” or “climate change” to describe what’s happening to our planet. Some are subsituting “climate disruption” as an allowance that, yes, the climate does change on its own – but never in recorded history the way it’s changing now, changing daily, changing more rapidly than even pessimistic estimates. The rebranding is a last-ditch effort to sway a sullen, almost resentful public, in the hopes that we in turn might sway politicians and policy-makers who (in some conspicuous cases) are actively, horrifically hostile to the very concept of environmentalism. 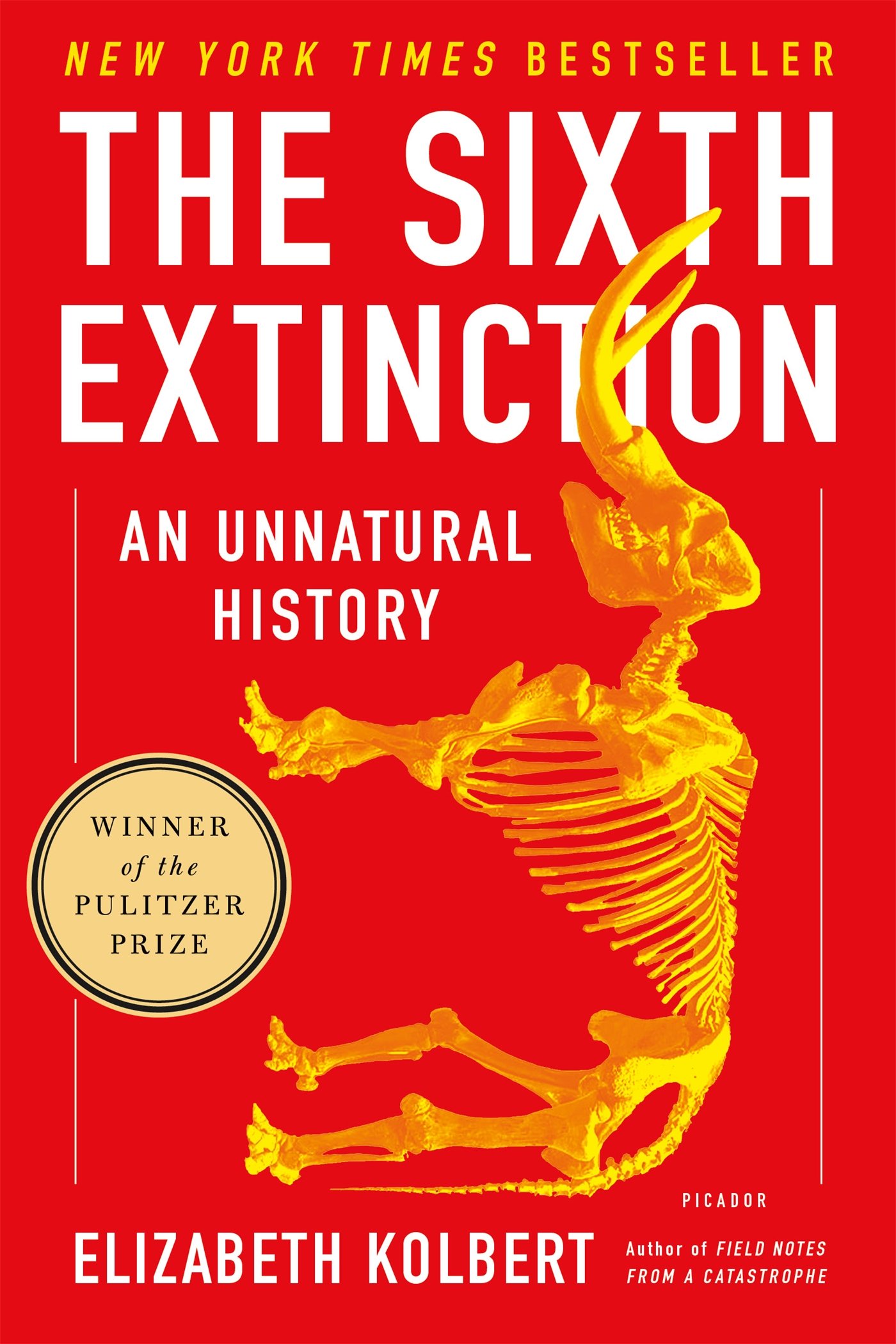 Most scientists, I think, see the writing on the wall. Instead of trying to find a more proactive name for the phenomenon, they inceasingly employ the title of Elizabeth Kolbert’s 2014 book: The Sixth Extinction. That is, the ongoing mass extinction of plants and animals around the globe, a rate somewhere between 100 and 1,000 times higher than normal. It has happened before (five times, natch – the last one did in the dinosaurs), but this one (also called the Holocene Extinction) is all on us. In The Future of Life (2002), Edward Osborne Wilson predicts that, if the current rate of human climate disruption continues, 50% of Earth’s higher lifeforms will be extinct by 2100.

This is happening. 20,000 scientists from 184 countries have confirmed it. The question is not “can we stop it” — we missed that boat over and over again. We set it on fire and danced while it sank. The question, now, is: “will homo sapiens be among the lucky 50%… or will we go down with the ship?”

I hate to have to write all this. I am living with it daily, like a hurricane inside my head. Sometimes I feel brief surges of hope, especially when I listen to my daughter, six years old and brilliant, full of insight and unconventional wisdom. But then I do the math, and she’ll be 89 in 2100. And I remember that by then, by current estimates, between the end of fossil fuels and the shortage of food and water caused by droughts and violence and mismanagement, we can expect to feed 1 billion people at the most. Even by low growth estimates, that’s one in eight humans. Will my 89-year-old daughter get a share?

Before my child was born, I began practicing meditation, and I spent a few years consciously cultivating a relationship with death. For awhile, it seemed sensible to start thinking of myself as a future dead person, even though I knew I probably had half my life ahead of me. I stopping thinking that way, for the sake of my family, but now I find myself in that same mindset, except the cessation isn’t personal, but global. It’s probably not healthy – but neither is denial.

I don’t expect anyone to click on the links, or order copies of the books above (although if you do, maybe choose the Kindle versions? Save the rainforest and all that…). I have more compassion and empathy than ever for humans who’d really rather not confront this problem. Even the denialists, the conspiracy theorists, have excellent subconscious psychological reasons for what they believe. We are all hurricanes inside. But if you can bear to click on one link, make it this one: a wrenching yet grounded account from a climate professor whose own brush with death gave her a new perspective on the sixth extinction.

Or maybe read this article, about how DNA studies have shown that Indigenous Australians have subsisted in the same regions for 50,000 years. They’re hardy, and accustomed to drought, and they played hardly any role in the grand, mad experiment spawned by the Industrial Revolution. So I choose to believe they will still be there, walking their walkabouts, in another 50,000 years, when the rest of us have turned to dust.