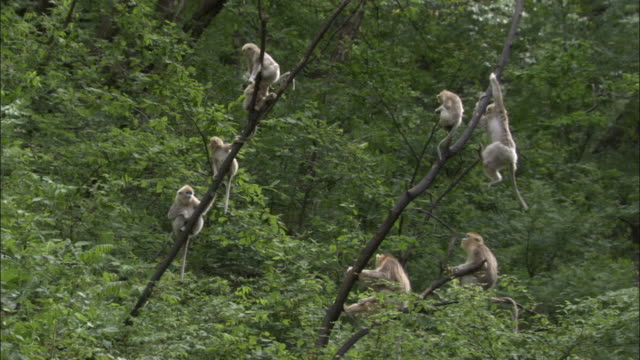 We’re social creatures. It’s instinctive; we’re primates, pack animals, tribal. We needed each other to live, so natural selection rewarded our ancestors who forged meaningful bonds, not merely based on blood or genes but commonalities of all stripes. An article from the early days of cracked.com sums it up with a lovely moniker: the monkeysphere. If a monkey (ie. a human) is inside your sphere of about 150 other monkeys, then you care about them and will risk yourself to protect them. If they’re not part of your monkeysphere, fuck ‘em.

But today we live in cities and watch television and communicate with loved ones via Skype. And I fear the monkeysphere has shrunk, not grown, in the global village. And in the midst of it all, I’m trying to figure out how to train one monkey – my five-year-old monkey – how to be a social creature. Turns out it’s not as instinctive as I thought.

I’m sitting in an IKEA in France. We’ve registered X for Småland, “a magical forest for play and self-amusement” so that we can shop for an hour, after which we’re taking her to a friend’s birthday party at a nearby Chuck-E-Cheeze-style indoor play-palace. I’m nervous; Småland is more our speed, and as I watch her through the glass, clad in a yellow fluorescent pinny bearing a number that matches the one on my wristband, I hope against hope that she can use this little oasis of play as a dry-run for the trial ahead of her.

We are homeschooling X until we leave France, a few months from now. She knows there’s been a big upheaval, and she sort of knows that it has something to do with the way she interacts with other kids. She doesn’t know that kids her age 100 years ago would never have left their tiny villages, or that monkeys her age 100,000 years ago had spheres they cared about instinctively. Her parents won’t stay put, so her playmates aren’t consistent at this point. In a few hours, she’ll see some familiar faces from the school she attended till recently; right now, her social contacts are random strangers whose parents all share the same taste in Swedish furniture.

I watch as she tries out the ball pool and the pillow treehouse, before settling on the art stump. She trades words with a girl her age, and my hopes soar – this could be it! The girl leads X over to the shelves where she can choose her own colouring sheet, and then both kids go back to their own business. False alarm. What else was I expecting? If I were in her place, would I do any different?

The French have at least two words for friend – ami and copain – and I can’t tell the difference. I’ve complained before in print about the degeneration of our own “friend,” which post-Facebook has become equivalent to “acquaintance” at best, or “contact” at worst. Even without social media to muddy the monkeysphere, I find one word insufficient to include the range of friends I’ve made and kept over the years. Is the guy I met at church school when I was three years old, and with whom I still chat almost daily online, an ami? Is the girl I worked with 20 years ago, and then just reconnected with last summer, a copine? It doesn’t help the current challenge to admit that I don’t really remember how I befriended either one of them. One day they were in my periphery, then next, they clicked into focus as friends.

X is still drawing. So is the other girl. They could be talking – maybe comparing colour palates?  My stomach clenches, dreading a fight over the purple crayon. According to X’s teachers, every exchange with her peers led to some kind of struggle. But all is still calm around the art stump. Maybe it’s because she knows I’m watching.

On the first day of Grade 10, we were assigned partners and made to interview and introduce each other. A tall, gangly kid named Steven introduced a girl named Anne, and into the list of banal facts he smuggled the cryptic phrase, “She does not have any theories about the brontosaurus.” I recognized it as a Monty Python reference, and rushed up to Steven right after class. But I lacked the social skill to simply say, “You like Python too?!” Instead, inexplicably, I said, “You can’t do that!” Despite my tactlessness, we became friends, although the antagonism of my overture seemed to linger throughout the relationship. We drifted apart swiftly after high school.

If Monty Python fandom isn’t ample glue, what is? Surely none of the pat, circumstantial bonds we’ve offered X in France. It feels disingenuous, doubling down on the need to socialize when we’re leaving the country in a few months anyway. Maybe she senses that, and has prioritized accordingly. Maybe it would be the same in Canada. Before we came here, she had only one mate with whom she actually played. All the rest, whoever we brought over, just occupied the same space.

X decides that she’s had enough of Småland, and I spring her. I gently ask what she talked about with the other kid. “She asked me to play a game where she gives me two numbers and I add them together,” She replies, “But I said not right now.” I am flabbergasted. X loves math as much as I loved Monty Python. Another five-year-old math geek would be worth her weight in gold – yet X is indifferent, and in any case we need to get going to the party.

Other parents reassure me that X will become social on her own, once she sees a practical advantage to having friends. My fear is that, having consigned her to homeschool, we’ll continue hiding those advantages from her sight until all the other kids have paired off for life. That’s why the stakes feel so high as we cross the parking lot from IKEA to Taho&Lina. This may be last birthday party she ever gets invited to. Or the last invitation she deigns to accept.

We pause on the threshold of the play-palace. It is cacophonous anarchy, with kids of all ages swarming sugared and unchecked through countless ramps and nets and trampolines. A monkeysphere, indeed. X’s copains or amis are delighted to see her, and the little group disappears together into the maelstrom. I wish them all luck, then head over to the concession stand, which of course sells beer, because France. The Taho&Lina staff can worry about scuffles; for the next few hours, it’s not my circus, not my monkeys.

One thought on “Transforming Monkeys”