This post was originally published on The Good Men Project on October 23, 2016 under the title, “There’s a Man in the Kitchen.“ 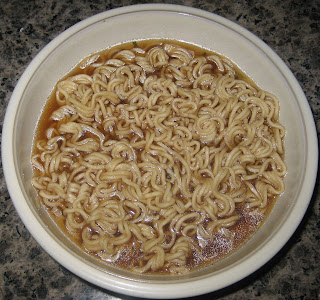 My wife says one of the reasons she fell in love with me was that, as a bachelor, I ate healthy. Mind you, we were university students, so “eating healthy” literally meant adding chopped carrots to my oriental noodle packs. I guess she saw potential in those carrot slices – a willingness on my part to linger in the kitchen just a bit longer than other guys my age, many of whom ate off tables made of pizza boxes.

Despite this early sign of promise, I came to cooking slowly. From what I can remember, my parents practiced a traditional, gendered division of roles: Dad brought home the ham and Mom cooked and served it. The exception, of course, was barbecue. This is a male domain, not because propane is more dangerous than your average kitchen stove, but because the BBQ is stationed outside the house, where wooly mammoths and sabre-toothed tigers may yet roam.

I’m told there were a few early attempts to teach me cooking skills, but I rejected them, for whatever reasons. I wasn’t buying it; I’d seen the bounteous supermarkets of my mid-sized city, and I knew everything I needed would be waiting for me, cooked, packed, and frozen. A child of privilege, wealth, and microwave culture has no need of mere skills. And besides, my young body seemed to function fine on one carrot a day. So while my future wife saw promise, I felt complacency. Stasis.

I even backslid after my undergrad. For one year, I lived in a different city, and left to my own devices I subsisted on an unchanging supper menu: microwaved frozen peas; Lipton’s (now Knorr’s) “Sidekicks” pasta and sauce; one wiener, fried in butter; and Coke or ginger ale, whichever wasn’t flat. Supper was my only stab at a square meal, since most lunches were chocolate, and most breakfasts were skipped.

But something snapped in me one night: as I was rushing through my mealtime prep, I grabbed a glass from the cupboard above the stove, and I shut the cupboard too hastily, catching my own hand. I dropped the glass, which shattered. Cursing, I cleaned up and then served myself supper. I made it through three forkfuls of the faux-carbonara pasta, but something in the fourth caught my eye, and I froze in mid-lift to inspect it. To my horror, I saw a tiny, gleaming shard amid the penne. It had fallen into the pasta pot when I broke the glass beside the stove. Luckily, I didn’t end up lacerating my insides that night – but I did successfully put myself off “Sidekicks” for life.

From there, I acquired more caution in the kitchen, and with it came consideration. Instead of rushing in and out of the space like an intruder, I learned to relax into ownership. Part of this involved making conscious choices about where I stored the breakables. But I also discovered that I could add things to my meals – besides carrots or glass – spices and herbs that not only made simple meals more interesting, but also made my wife ecstatic. Her palate has always been more adventurous than mine, but at the heart of it, I enjoy her delight more than I enjoy the meal itself. Praise for doing what comes naturally is dandy; praise for a skill it takes years to refine is divine.

And it has been a long work in progress. Seven years ago, she accepted a full-time position that allowed me to pursue more freelance work (ie. not worry about how much I get paid). I vowed to make up the wage disparity by shouldering more domestic chores. Instead of cooking once or twice a week, in search of that little hit of praise, I took on the bulk of the shopping and meal prep. Now there was no way around it; the kitchen was my domain.

I found that improvised meals made me anxious, so I hit the library for cookbooks and rapidly amassed a binder full of photocopied favorites. After a year or two, I loosened up enough to make simple substitutes. If the jalapeño at the back of the crisper was mouldy, I could just use cayenne pepper instead. Once every week or so, I throw up my hands at whatever is left in the pantry, at which point my wife sweeps in and invents some new dish for the occasion.

I don’t believe for a minute that our skills are gendered – I know men who can improvise meals and women who prefer by-the-numbers recipes – but the dynamic works well for us. I could wish that I’d been raised in a less traditional household, but what matters is, I wasn’t raised to assume that there was only one working model. If that had been the case, I would never have chopped up those carrots. And I might still be single.

Now, we’re living in France for a year, and that has forced me to adapt again. The French cherish fresh food. There are three open-air markets within walking distance of our apartment, bursting with seasonal fruits and veggies, fresh fish, and more kinds of cheese than a Monty Python fan can name. I can no longer rely on my recipe collection; here, I have to form meals in my head, based on what I see laid out in front of me. I also have to account for the limited tastes of our five-year-old son, although he has in some ways proven more adventurous than I.

The most typical result is simple fare: a cod, cooked in butter and lemon juice, alongside some broccoli or zucchini topped with fresh Parmesan and bread crumbs. Or a roast chicken, whose broth can provide a base for another two or three meals – just enough to get us to the next market day. We have not adopted the French custom of serving multiple courses throughout an evening. I enjoy a balance between food prep and consumption, but I’m not enough of a gourmand – yet – to want to linger for hours on either task. I’m happy to cook, but I will never be married to the kitchen.