When we arrived in Lille, G offered us just about the best advice anyone can receive when they arrive in a foreign culture: be a chicken. At first, this is confusing to anyone who knows about the game of “chicken” – why would this gentle, thoughtful man be advising us to drive headlong towards French motorists? As it turns out, the metaphor is almost the exact opposite. “In the chicken coop, all the chickens behave the same way, pecking at the ground or running around in circles. One single chicken does not know why the other ones are acting a certain way. They just join in, and it all works out.”

If you find that difficult to apply to humans, you haven’t traveled much. Every culture has rituals, customs and norms that will perplex an outsider. If you want to fit in, or even be able to maneuver as an expat, you need to observe those customs and then emulate them, even if they don’t make a lick of sense to you. Don’t ask questions, just jump in, and it all works out.

This is excellent advice, and like most good advice, I struggle with this daily. It’s partly the curiosity that I bring to most cultural engagements – whether as a writer or just an armchair anthropologist. I feel like I have strong, sound reasons to ask questions. But culture runs deep. French culture is a mulchy mélange of contradictory traditions – Catholicism and atheism, capitulation and empire, high fashion and bucolic agrarianism, etc. When you grow from that soil, you don’t stop to examine which habits come from which layer. It’s just the way it is.

As fascinating as I find all that, there’s a deeper reason I find myself rejecting the chicken recipe. I can accept that people do strange things for no rational reason. But my soil is nonconformist clear down the bedrock, so when I see chicken-yard behaviour, there’s very little in me that makes me want to join in.

Take suppertime, a holy time for the French. In France, it is customary to start supper no earlier than 6:30pm – and that’s just the apero, or appetizer, of bread, wine, and cheese. A casual meal amongst family members wouldn’t really hit the table until 7:30 or 8:00pm. A formal dinner party might spread the meal out even further, adding courses (and bottles of wine) until the main course doesn’t land until 10:30pm. It is what it is; the French love food, and this is how they celebrate it.

I like food alright, but I’m not going to spend the night with it. While all the chickens in the barnyard are pecking the ground after dark, this Canadian has already cooked, tucked in, and washed up. We tried the apero a couple of times, but I just fill up on bread, and then the meal feels like an unwelcome guest arriving far too late. I also fill up on wine, which makes the rest of the meal a lot harder to prepare.

That might not be the best example, since it’s mostly a private custom. But I think it still applies: after studiously observing how the French serve supper, I’ve decided that it’s not for me. That means, if I invite a French family to supper, I’ll be throwing them off-schedule by serving at six. And it means that, if I get invited to a dinner party (probably not by the same family as before), I’ll fill up on bread at the apero, and cheerfully scandalize the hosts by barely touching the entrée. It’s just the way it is.

I want to experience French culture, I really do. But each time I come up against a cultural foible, my instinct is to rebel, not conform. Whether I’m ordering filtered coffee or callously demanding that a supermarket clerk break my 100 Euro bill, I unflappably accept the dirty looks, because, I guess, I’d rather be a dirty Canadian than a squeaky-clean chicken.

In the past two days, I’ve had two rendezvous – one at the bank, one with a pulmonary specialist. The first was, like every bank appointment in my life, excruciating. The guy was fine – business casual, cheerful and willing to translate when needed. But then came that dreadful, prolonged silence as he worked the keyboard, deciding whether we were French enough for a French bank account.

The first time we’d tried, at a different bank, I’d said too much – about my job, about our plans while in Lille – and something sabotaged our Frenchness. So this time, I only answered what was asked, and then sat silent while he not only typed, but literally said “Tac tac tac” to himself. This is how the French verbally check off boxes; it is a curiously chicken-like sound. 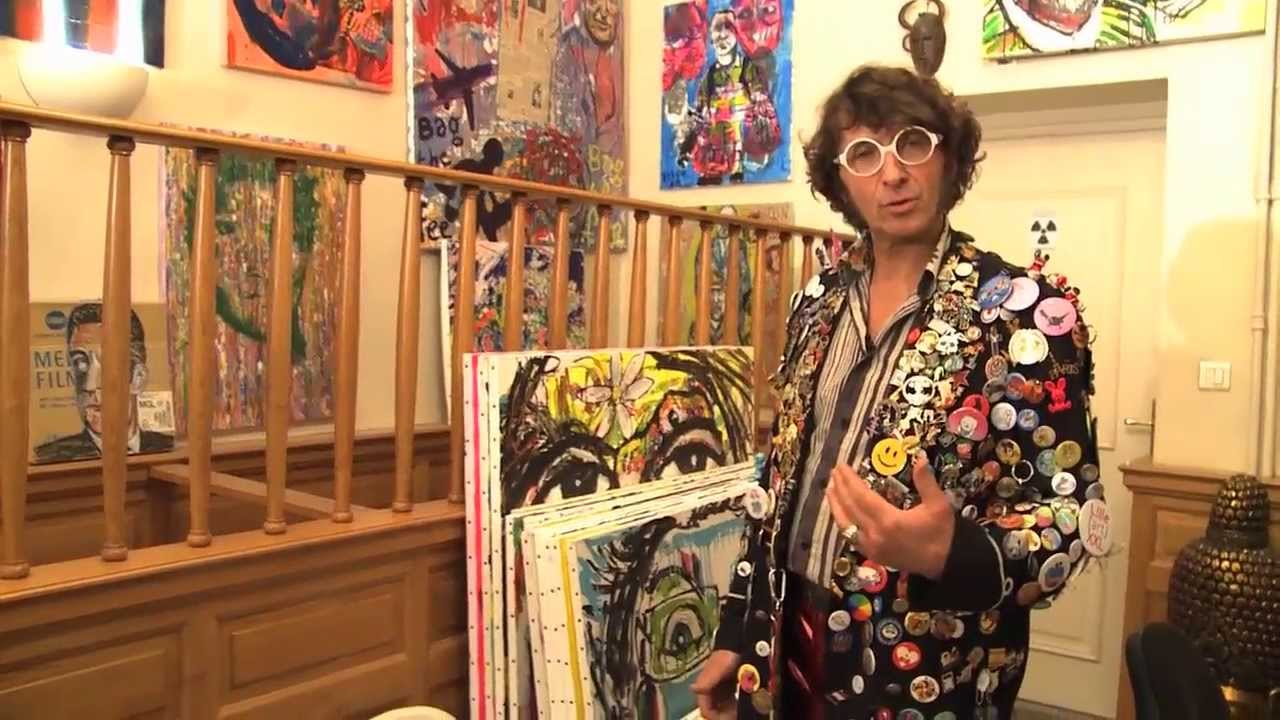 Dr. Bisch, my lung doctor, is not a chicken. His waiting area doubled as a gallery for his art –  bright blotchy pop-art portraits – and instead of magazines, he offered his own prose-poems on why not smoking is good for the soul. Dr. Bisch presented as a late-40s Allen Ginsberg, complete with kaleidoscope shirt and candy-skull necklace. In his office, plastic flamingos and bunny-rabbit watering cans grazed amongst Hindu statuary, garden gnomes, and even a Canadian “moose crossing” sign.

Dr. Bisch is, no doubt, overcompensating for an early life of conformity. Still, I found myself more at home in his office-cum-drug den than at the bank, or at X’s school, or heck, the Louvre. If every Frenchman were a Dr. Bisch, the republic would collapse. But if even one get away with being a practicing doctor, there’s hope for all us non-chickens yet.

By the way: X has heard all about the chicken rule. We’ve tried, half-heartedly, to use it on him to encourage obedience at school. But so far, he only seems to think it applies to one French custom: jaywalking. It’s one of France’s dirtiest habits, along with public urination and not picking up dogshit. But we’ve adopted it, and now every time we cross against the lights, X acquires a bad-boy smirk and murmurs, “We’re being chickens.”

I don’t have the heart to tell him we’re the punchline of the oldest joke in the book.