SPOILER WARNING: This article spoils minor details of the 2017 Beauty and the Beast film.

My daughter and I caught a matinee of Disney’s Beauty and the Beast, a live-action remake of the 1991 animated film. P claimed to know the story well, despite having been born 20 years after the original came out. Myself, I don’t think I’ve ever seen the original from start to finish, although I did catch a stage musical version once – and I’ve absorbed enough of it through cultural osmosis that I could have sung along with most of the choruses. It’s an okay film – fun to look at, and stuffed with beloved actors – and, as most Disney pictures do, it serves as a snapshot of society’s tensions and obsessions du jour.

P enjoyed herself, for the most part. Her favourite sections seemed to be the shenanigans of the enchanted servants – Lumière the candelabra, Cogsworth the clock (in the French subtitles, his name was “Big Ben”) – and especially their madcap battle with the torch-bearing mob. But she got restless in the middle, when Belle and the Beast embark on a long courtship involving flashbacks, montages, dance numbers, and a mopey “I miss you” song, brand new to this version without adding anything to the plot. Perhaps we lack the soggy romantic spirit of the film’s target audience, but we agree that the film could have ended 40 minutes early if B&B would simply get over themselves and share a smooch.

The new song wasn’t the only “if it ain’t broke, don’t fix it” tweak in the remake. Several characters got retroactive backstories: the braggart Gaston is a veteran with a wee bit of PTSD, played for laughs; the Beast was emotionally abused by his father, a widower; and Belle’s own father Maurice was forced to abandon his wife when she contracted the plague. Isn’t fantasy marvellous? I mock, but I generally don’t object to a film’s efforts to add character depth. In this case, they felt conspicuously tacked on. A cartoon Gaston doesn’t need a tragic origin story, because we accept him as the bully and womanizer we need to round out the plot. If a life-action Gaston seems flat and unrealistic…well, maybe it’s a sign that he doesn’t belong in a live-action film.

Amid the tomfoolery and treacle, the film had plenty to say about race, class, and gender – some deliberate, some unconscious. Even though the “tale as old as time” is set in 18th century France, it plays like a snapshot of America’s vision of its best self in the 21st century – or at least, the Disneyfied version. 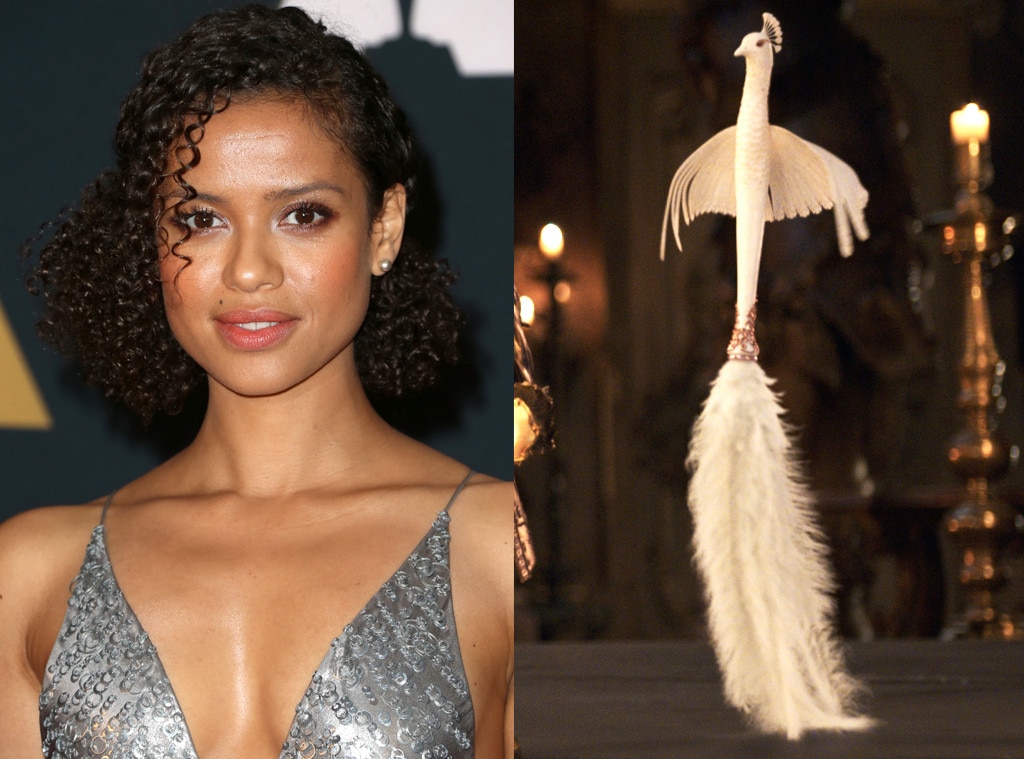 Let’s start with race. Did you know that approximately 25% of the population of 1700s France was black? Mixed-race relationships were common, and black people could be teachers, priests – even aristocrats! However, in order to have speaking roles, they were probably servants, often having been transformed into CGI furniture that conveniently eclipses their blackness. For example, a servant named Plumette, beautifully voiced by Gugu Mbatha-Raw, appears as a dazzlingly white feather-duster until the film’s final minutes.

In 2017, Disney speaks for the majority of white Americans when they say, “Race isn’t really a problem anymore, right?” – even as they subtly eclipse or silence minority voices. I expect that, in this film, the colour-blind casting model is a holdover from Broadway. Yet it will be another decade or more until we see a black performer playing Belle, or Beast, or indeed any of the leads in a “classic” such as this. Disney’s well-intentioned but skewed vision of a mixed-race paradise likewise omits any Asian, Polynesian, or Indigenous American faces.

Whereas race is conspicuous but never discussed, class is a big deal in Beauty and the Beast’s plot. See, when Beast was cursed on account of his inhospitality (he declined to help a vagrant who turned out to be a sorceress), all of his servants were affected as well. Now, they collude to bring Belle and Beast together, knowing that true love is the only thing that can break the spell (because…people in happy relationships never turn away vagrants…or something?). In the 1991 film, the servants’ compassion for their master apparently struck the wrong chord – he is, after all, the one responsible for cursing them. Plus he is, y’know, a beast.

The new film fills this dubious gap with even more dubious motivation: the servants feel bad because they didn’t stop the prince’s father from raising him to be selfish. This reveals some screenwriter’s lazy and myopic take on class. In this world, not only do servants love being servants (“Be our guest! Be our guest!” etc.); not only do they love and support their master even after suffering a magical curse; but they also feel inherently responsible for the master’s upbringing. The tyranny of the upper class lands on the shoulders of the lower class. That’s some elaborate victim-blaming.

Of course, the plot would not have worked if Beauty and the Beast tried to erase class altogether. Likewise, a romance like this one depends upon certain gender tropes: a plucky-yet-ultimately-hapless heroine, a gruff-yet-ultimately-compassionate male lead, and so on. Yet these days, gender tropes are in flux. The writers try to adapt, making Belle slightly more plucky, and Beast slightly less gruff. Their efforts are quickly lost in the sexist mire of the source material: a terrifying, powerful man imprisons a girl until she falls in love with him. So by way of apology, they threw in a gay subplot. Perhaps “subplot” should be in scare-quotes here, because it’s just two split-second moments – one a tired gag at the expense of trans women, the other Disney’s first tentative effort at a queer “happily ever after.” Unsurprisingly, it’s these moments which have dominated the film’s media coverage. It seems that, in the 21st century, the world can tolerate a mixed-race revisionist fairy tale, but it can’t wrap its head around two men dancing.

Yet I’m glad those moments are in there, awkward though they are. Beauty and the Beast is a story about redemption through transformation. The film’s denouement is a cavalcade of metamorphoses and reunions – true faces revealed, and loves consummated at last. It’s the right context in which to take that tiny step; hopefully the next film will inch a bit further, and the next further still, until in 2117 – or sooner, Walt willing – we finally get the queer love story we deserve. Personally, I’m hoping for a lesbian Lady and the Tramp. What’s your pick?