Edward Albee died this week. He was never one of my favourite playwrights, but I felt like I had a unique relationship to his work, partly because he’s the only Pulitzer Prize-winning playwright with whom I’ve had direct contact. It made him feel more real to me than other legendary playwrights, even those I’ve seen with my own eyes, like Harold Pinter (whom I saw reading from his work in London in 2003). To me, Albee’s work comes from a source, and that source is a warm, complicated, generous human being. Or was, until yesterday.

“With the deaths of Arthur Miller and August Wilson in 2005, [Albee] was arguably America’s greatest living playwright,” writes Mark Kennedy for CBC. The key word is “arguably,” since generations of critics, academics, and audiences loved to argue about Albee’s work. Even his most famous plays, like Who’s Afraid of Virginia Woolf? and The American Dream, don’t occupy the status of undisputed classics the way, say, Death of a Salesman does. When the Pulitzer selection jury chose to offer an award to Virginia Woolf, the Pulitzer staff denied their recommendation. Even Albee’s accolades come with strings attached.

And no wonder; Albee wrote difficult plays about complicated human subjects. He borrowed heavily from the absurdism that reigned in mid-twentieth century Europe, yet his characters were grounded in the naturalism of the American 60s and 70s. The result was an often disconcerting clash of style and substance, like a dream that rises and falls from its real-world source, carrying just enough of the real world along with it to make you feel like you can never disconnect. His characters were often profoundly unhappy, like Pinter’s or Sam Shepard’s, but they disguised their pain in more insidious ways, constructing illusions or elaborate games that end up entrapping themselves, other characters, and the audience before they crumble like a house of cards. Albee’s plays rarely call for histrionics, but there is always an emotional catastrophe by the time the curtain falls.

One of my favourite of his plays, Three Tall Women, brilliantly explodes a single person into three onstage characters, like a Picasso painting come to life. The unnamed woman is inspired by Albee’s adoptive mother, and Albee manages to excoriate the unpleasant woman’s memory while still affording for a mote of lingering affection. It’s the sort of complex characterization that you never get in film, and which even most novelists cannot manage to describe, but something about the way the portrait coming to life onstage makes it unbearably rich and honest, even at the moments you know the playwright is playing tricks on you. 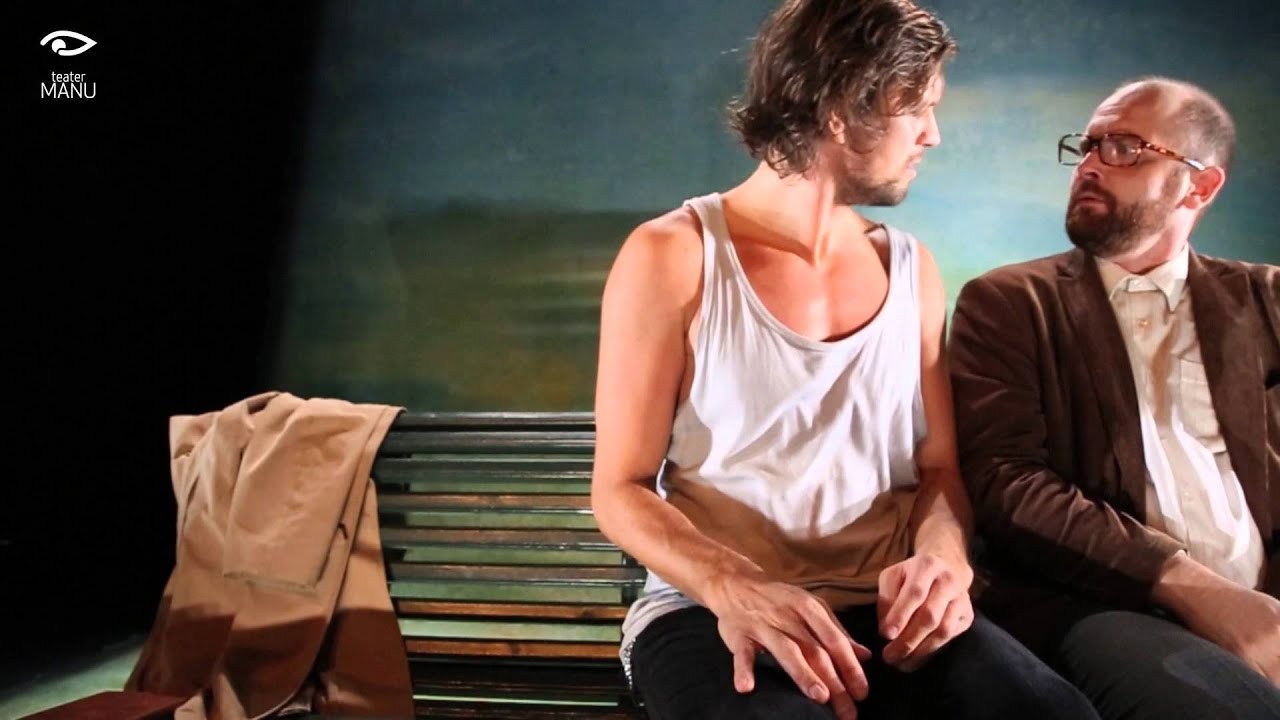 I discovered Albee the same way nearly every Drama student does: through The Zoo Story. This was Albee’s first play, a one-act written in 1958 and produced first in Berlin, then in New York, and ultimately in every post-secondary studio classroom in the world. Zoo Story is a perfect little status-swapping two-hander, the quintessential “park bench” play, and any playwright alive would be lying if they said they’d never drawn from it in their own work. I’ve never directed or acted in Zoo Story, but for years I had a copy of that script on my shelf, and it contained just as many underlines and annotations as if I’d written a thesis on it.

In 1996, Edmonton’s Citadel Theatre produced Three Tall Women, with Martha Henry, Fiona Reid, and Jennifer Wigmore performing. I was a volunteer journalist for the University of Alberta’s Gateway newspaper – probably the one who knew the most about theatre – so my editor asked if I’d like to do an interview piece, as a preview. I agreed, hoping I’d get the chance to speak with Henry, who is one of the most acclaimed actresses in Canada. Instead, I found myself on the phone with Albee himself. I was star-struck and under-prepared, but I remember Albee was genial and patient with me, as he apologized for being under the weather on account of the chilly Manhattan fall weather.

We talked for 20 minutes or so, and Albee told me many of the same things that you’ll read in his obituaries: that he became a playwright because it felt like something he was good at. That plays ought to challenge audiences to re-examine aspects of their lives, or their societies, and yet they should offer enough entertainment or excitement that audiences want to come back for more. That winning Pulitzer Prizes and other awards mean nothing if audiences aren’t getting something out of your plays. Although I’ve had to re-learn those truths repeatedly in my career, I still consider them irrefutable and sacred.

Looking back on my own plays, I realize only now how much Albee’s aesthetic and philosophy has shaped them. My 2007 drama, A Year of Winter, is exactly the sort of broken-mirror puzzle-box that Albee enjoyed crafting. It’s about art and mental illness, which are perhaps less universal themes than Albee tended to explore, but it plays with form and style in similar ways, and it presents damaged but deeply feeling characters who want to make meaning out of their lives, even when reality itself seems determined to undercut their efforts. Placed alongside Albee’s work, I doubt most spectators would see the similarities, but now I recognize the DNA.

In a 1991 interview (quoted this week in the New York Times), Albee says, “all of my plays are about people missing the boat, closing down too young, coming to the end of their lives with regret at things not done, as opposed to things done … I find most people spend too much time living as if they’re never going to die.”

I’m in a rare moment in my life when I’m not writing plays, so Albee’s passing doesn’t motivate me to rush out and write my own Virginia Woolf. But this observation resonates with me, because the life choices that brought us here, to France, have been the opposite of what Albee’s characters suffer. We’re catching the boat, trying to forestall regret by living our lives as fully as we can. Perhaps I learned that lesson, in part, from Albee’s works. I sincerely hope the man himself was able to experience it.