In the latest of modern politics’ endless series of unimaginable happenings, Californians are soon to vote on whether to separate their state into three: North California, California, and South California. It’s safe to say that for most people who don’t live in the state — and probably even most who do — this initiative makes no sense. But I read it as the first of many fractures on a map that formed in a time of plenty, but cannot survive in a time of dearth.

California is the most populous state in the Union, and one of the biggest economies in the world. In some respects, it makes a certain amount of sense to break it up, if only to create a more balanced sense of what constitutes a “state.” But critics point out that the split will cause changes to the national electoral college, which might make the entire initiative a grievous case of gerrymandering.

Does it have any chance of happening? If you have not been hiding under a rock since 2016, you’ll know that anything’s possible. Brexit seemed like a ridiculous proposal from the lunatic fringe, but it bloomed into an expensive, divisive reality, thanks in large part to xenophobic Brits who believed that separating from the European Union would separate them from global events. I fear there is a similar mentality at work in California — some sort of internecine conflict between local Democrats and Republicans that blinds locals to the big picture.

Because, from where I’m standing, now is the time to unite. California has suffered more than many other states from the emerging effects of climate change — droughts, mudslides, and wildfires (I Googled the latter, just to see what the most recent major wildfire had been; the first hit was an article titled “California is on Fire Again” from two days ago). It has a huge, lucrative coastline, poised to diminish as ocean levels rise; it has a paucity of fresh water; and it’s on a giant fault line. That last point has nothing to do with climate change, but it’s worth remembering that, even as we struggle to throw our resources towards escalating man-made disasters, there are bona fide natural disasters that could strike at any time, requiring communal action, compassion and ingenuity. An earthquake disaster relief effort would be easier to coordinate under one state government instead of three.

But nobody has much to say about environmental stuff. Even though climate change has been thoroughly and incontrovertably framed as a political issue, it does not seem to factor into policy debates, except as part of an unchanging partisan checklist of ideologies. The lines have been drawn: in 2018, voters are either liberal (Democrat, pro-diversity, anti-abortion, pro-immigration, and oh yeah something about global warming) or conservative (Republican, anti-LGBT, pro-life, anti-immigration, climate change is a hoax designed to scare people into paying more taxes). The idea of voting on environmental action, as an issue, has become alien to us. It’s far more interesting to tear down alliances and then worry later about what we can build in their place.

While the Cal-3 initiative has been under way, President Trump has been launching tariffs at Canada, the U.S.’s largest and most reliable trading partner. He attended, but then seemed to snub, the G7 trade conference. He has long been threatening to dismantle NAFTA and NATO. Basically, Trump’s foreign policy involves the unthinking dismissal of any alliance made by anyone who isn’t Trump. It’s an extraordinarily dangerous game, and it’s catching on.

Where does it come from, this urge to kick the pillars of Western civilization? I think the answer does lie with climate change, the elephant in the room which by now even the most ardent of deniers must surely suspect, subconsciously at least, to be true. It came into focus following an exchange with my old friend R, who happens to live in California (although perhaps not for much longer):

R: What the fuck is even up with all this secession and splitterism, anyway? Whatever happened to unity? It’s just not cool anymore?

S: When resources get thin, in-groups start circling their wagons.

R: Ain’t that the truth. Although statistics show that the poorest Americans went for Clinton. I think it’s not so much how much you’ve got as how worried you are about losing what you’ve got.

There’s your early 21st century zeitgeist, right there. Between overpopulation, and droughts and extreme weather events that threaten to create scarcity, and mass population migrations caused by war (and more scarcity), everybody is getting really scared. In many parts of the world, this is nothing new. But Western civilization, and especially Canada and the U.S., has a lot to lose if these trends continue.

Most of the books I have read about climate change attempt to end their proclamations of doom with some variation of the call to action: if we all act together, with purpose and resolve, right now, then we still have time to turn things around. (Mind you, many of these books were published 10 years ago or more, but I try not to think about that). People in this continent — even plenty of people who believe in climate change — balk at this manifesto, because they know it means making personal sacrifices. Sometimes they pass the buck — “Let the developing nations start, by cutting back on their emissions, to prove they’re serious” — but mostly, they deflect, and double-down on their own perceived right to all the amenities of modern life. As a result, we’re not acting together; we are slowly splitting into smaller and smaller tribes.

My pessimistic take: we’ve passed peak unity. In the same way that we’ve run out of time for humanism to prevail over bigotry, we’ve passed a point where single-purposeness can be achieved. Because R is right, the more worried people get about what they might stand to lose, the more we tighten our grip, cinch in the borders, and bare our teeth.

I felt it myself recently, twice. First was when Alberta and B.C. butted heads over the TransMorgan pipeline (about which more another time, perhaps). Now, I grew up in Alberta during the Progressive Conservative dynasty — a time antithetical to anyone who considers themselves liberal or environmentalist — and yet I still considered myself an Albertan, and saw no real distinction between Albertans and Canadians in general. Yet when I read about the province’s resolve to charge on ahead with their pipeline, regardless of anyone else’s interests or needs, my first reflexive thought was “They don’t have the right.” Not we, but they.

And the second case came out of the G7 conference when I, along with most Canadians it seems, got momentarily patriotic in the face of Trump’s juvenile, ill-formed criticisms of our prime minister. Now the we became Canada again, but only because we had a common enemy in the United States. Expect more of this in the weeks to come, if our trade war continues. 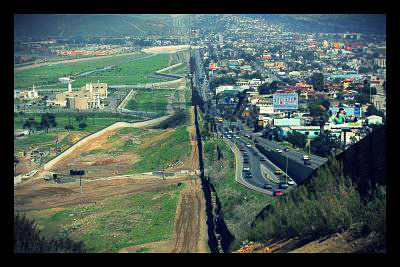 Meanwhile, here on my tiny, broke home island, thousands of Cape Bretoners still feel they’d be better off if they split from Nova Scotia to become their own province. That, at least, is nothing new.

But I wish we’d ask ourselves this question: how many borders is enough? At what point do we stop being a species, and just become different strains of a lethal, global virus? I fear the answer is, centuries ago — but I would dearly love to see some proof to the contrary.