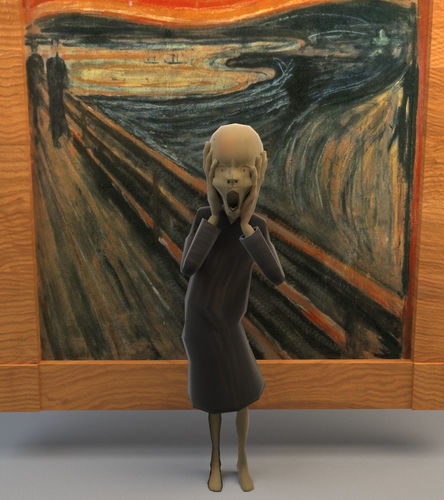 I’d imagined my sabbatical as time to renew – either recharging to throw myself back into my normal life with vigour, or else take stock, make informed changes, increase harmony – y’know, get better at, well, life. But no. Same mistakes, same stress. Despite thinking I’d be able to make more conscientious choices about what to take on, I plunged back in with frenzied desperation.

First, it was Louisbourg, a big commitment that I don’t regret, because even though it swallowed my summer whole, it was one thing, a rewarding thing, something I was good at. And a small part of me felt bad that nine hours a day at Louisbourg meant less time for writing, or community, or family…but I also felt like I’d earned the time, somehow. And anyway, it was only for three months. Writing and community and family would still be there in the fall.

Boy howdy, were they ever. And so was CBU, my other job, and even though I’m only teaching one course this term, that’s two days a week – plus a lot of additional set-up hassle, since I’ve been away from teaching for a year. New office, new codes and cards and computers, and a radically different administrative structure to try to ignore whilst doing my actual job.

But wait! I technically have two jobs, because this summer, I got a couple of grants to write silly scenes about animals, then take them to high schools in the new year. That’s a little bit of admin, but it’s mostly fun writing at this point. Or at least it should be. I figure, if I’m getting paid about the same for this as I’m paid to teach one course, then I can justify dedicating two days a week to writing…right?

Easier said etc.. Because in my infinite wisdom, I also enrolled an online class, as I’ve been doing on and off for a couple of years. It’s an introductory course in “audience and resource development,” and it ought to be a cakewalk. But it quickly became evident that it was going to take up more time than I thought. Two days per week as a teacher, two days per week as a writer, and one day per week as a student? That doesn’t sound so bad…

But hey! Remember that storytelling festival I helped get started (because of the last online course I took)? The committee is still active, and now that I’m not hiding in France, I don’t have an excuse not to help with Festival Number Two. Right now, that mostly involves grant applications, a task I can ordinarily do in my sleep, but for some reason…it’s not as easy right now…

Because my sleep is not restful. I’m testing out a series of masks and machines to help curb my sleep apnea. In theory, not semi-asphyxiating myself every five minutes ought to make me feel more rested, but the discomfort of strapping rubber hoses to my face sends me to bed cranky, and half the time I rise fatigued, headachey, and even more cranky, and none of that’s any good for my family.

Oh crap, my family! I forgot to book time for them! Not only does that mean, y’know, face time, but it also involves research: the psychologist who evaluated our precocious, hyperactive, transgender child passed along a dense bibliography of books and websites, and it ain’t gonna read itself. And can you still win Father of the Year if you’re stealing time away from your child in order to read self-help books about how best to spend time with your child?

I could go on, but it just gets more and more self-pitying. The real problem is Over-Commitmor, the Dark God of the Multitaskiverse. But if a year of doing ostensibly nothing in France didn’t exorcise that demon from my heart, nothing will. So I appeal to my patron’s younger brother, Schedulor, in the hopes he’ll bend time for me, and add more hours to the week. But he refers me to his twin sister, Prioritizia, but she just talks in circles. “Put family first,” she whispers cryptically, and so I work in my community so I can earn money to help my family. “Yes, community first…” she encourages, and from that I intuit that the best way to help the most people is to set aside time for my own health and well-being, or else I’m no use to anyone. “Health first,” she agrees, and I know that a healthy, happy mind is one that’s kept busy with lots of tasks and challenges. “Put everything first,” she purrs, and I am lost.

In some respects, all this will pass. Certainly some of the pressures I’ve listed are temporary. And I have begun the radical (and painful) process of unshackling myself from some commitments: today, I swallowed my pride and withdrew from the online course. For now.

In another, very real, way, all this will NOT pass. Much of it is the same baseline BS that we all accept as consequences of living – family, work, chores, health – and the rest stems from who I am, or who I choose to be.

Are those the same? I think I have a couple of philosophy books on my shelf that address that very question. I’ll have to make some time to read those. Yep. Anytime now.