Othello is one of my favourite plays. I’ve taught it repeatedly and directed it twice – once in 1996, in a highly condensed three-person Fringe production, and once in 2003, with the cast expanded to six. I love its language, which soars to epic similes and plunges into grotesque raunch, sometimes in the same line; I love its characters, all of whom are flawed and beautiful, perceptive and blind all at once; and I love its intense, house-of-cards plot, which illustrates the horrors of jealousy and domestic violence in ways that no pre-Modern text has any business doing.

I don’t love its racism. Shakespeare treats Othello arguably better than Shylock, the Jewish villain of The Merchant of Venice, who has layers of tragic depth but who doubles down voluntarily upon appalling stereotypes. And Othello is miles ahead of Aaron, the Moor in Titus Andronicus who basically embodies evil because it’s fun to be bad. Incidentally, both Othello and Aaron are described as “Moors,” which could mean black, or Arabic, or just generally “anything but white,” which is of course problematic in itself.

So when the Artistic Director of Edmonton’s Walterdale Playhouse decided to cast a white actor in the title role, she must’ve known she was courting controversy. I believe it’s possible to produce Othello in ways that balance the antiquated attitudes about race with a more nuanced understanding of psychological self-repression – but not if you erase race altogether from the stage. “The vision we were presenting for this 400-year-old play was a post-apocalyptic world where traditional power structures were inverted and where the focus was on the battle between the sexes,” wrote the director, Anne Marie Szucs. 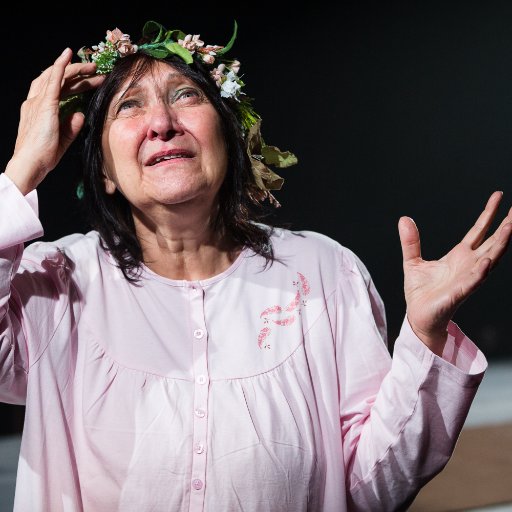 This strikes me as a terrible concept, and not a particularly radical one. I’ve seen a lot of Shakespeare in my day, including Julias Caesar, Queens Lear, and even all-female Richard IIIs. In this context, replacing race with gender and Mad Maxing up an old play? I wouldn’t be enthusiastic about seeing it. But I wouldn’t threaten the actors with violence either, which is what allegedly happened in the case of the Walterdale Othello – and what has led to the theatre’s decision to cancel the production.

Full disclosure: I’m a hetero cis white male, the least intersectional of all possible labels. Fuller disclosure: I was the Artistic Director of Walterdale Playhouse a decade ago, and I fielded a similar controversy surrounding race and controversial casting choices. But before I get to that, let me – from my admittedly blinkered position of privilege – pontificate on who is at fault here, and for what.

First: Safety before art. Walterdale Playhouse is a volunteer-run community theatre, and I support them 100% in their decision to cancel the production for the safety of their artists (and audiences). We live in an age when threats of any sort need to be taken seriously, and nobody should be expected to risk their lives for yet another production of Othello. These days, there are plenty of magnificent hills for artists to die on; this isn’t one of them.

But: Sometimes art should be dangerous. If all the artists agree that their vision is important enough to risk recrimination, then go for it. As I learn more about this particular circumstance, it becomes clear that several of the participating artists did harbour reservations about the all-white Othello. There’s even some speculation that the threats were exaggerated, or invented whole-cloth, so the theatre could cover up an internal conflict, and potentially paint themselves as victims.

So: Either an adventurous (if privileged and uninformed) group of artists are facing censorship because their casting choices offended someone’s identity politics…or else a theatre company is poisoning the well by fabricating tension between communities, when really the conflict is an internal matter, borne out of a questionable casting choice. Or both? All it takes to make threats is one anonymous, disgruntled artist with a Twitter account – they might not even be a person of colour. And not all of the artists in Othello should be held responsible for their director’s decisions, or for the Walterdale’s official statements about the cancellation.

Without knowing all the details, I can only draw conclusions based on past experience. My first production as AD of Walterdale was Tomson Highway’s The Rez Sisters – a tragicomedy with nine roles, all Indigenous. Seven of the roles were played by First Nations or Métis performers, and the other two were played by non-Indian (though still non-white) actors. The show was a big ol’ hit, but after the run I got a phone call from an angry Aboriginal actor. He was incensed that we had gone with a multi-racial cast.

“We cast all the Aboriginal actors who showed up to audition,” I told him.

“If you couldn’t find more, then you weren’t looking hard enough,” He said.

“Perhaps not. But the playwright is on record encouraging colour-blind casting. He says it’s a great way to educate non-aboriginal people and artists about—”

“Well,” I said finally, “If it’s a choice between two non-Indian actors onstage, and not doing the play at all? I’d rather go with the former.”

Obviously, we diverged on this point, and I hung up the phone with the complainant still yelling. This was in 2005, when the Internet was a kinder, gentler place. I wonder if, today, that guy would have skipped the phone call and gone straight to the threats. 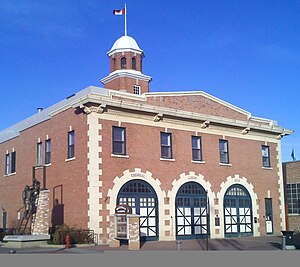 So, while repeating the hetero-cis-white-male caveat, I’m inclined to side with the artists in this fiasco. Their intentions may have been misguided, and their production could easily have been offensive, but just because a work of art is controversial (or terrible) doesn’t make it wrong. Intersectionality and identity politics can be so fraught to navigate that plenty of artists simply recoil from the whole messy business and produce nothing but Noel Coward. It’s complicated. But you know what else is complicated? Othello. And I find it sad that, when modern and Early Modern identity politics collide, the last word goes to the bully with the Twitter account. Bullies these days seem to like picking on the theatre. They think it’s a stationary target. They’re wrong.