S and I have travelled before, but a year in France is new and huge to X, who is five. The isolation of language – the xenophobia that can take root inside of us, unseen, is maybe the biggest risk of this endeavour. We take a child out of his environment to let him learn about difference, but it’s too early, or we’re not sufficiently attentive to his needs, and so he comes home convinced that any foreign place is hell, that anyone who speaks a different language is a threat to his contentment. Because learning is hard, and sink-or-swim immersion is so much harder.

From his perspective, there are three zones in Lille: school, home, and out-and-about. The first is full of arbitrary French rules, unpredictable French schedules, and a French cantine that serves weird French meals. X creeps like snail, unwillingly, because even though he’s adapting slowly, he knows it’s never going to be his world. He says, half-jokingly, that he has used the French word “cantine” so many times by now, he’s forgotten the English equivalent. I can’t tell if this is a good sign, or if it reveals his struggle against assilimation.

I pray he makes a friend or two, but honestly he’s never been that interested in other kids, and the language and cultural barriers will only make him less inclined to try. So it’s hell, or purgatory, and he’s stoic enough to soldier through because he knows each day will end, and he’ll be back with his parents. Recently, he clashed with his teacher about going to the cloakroom to root through his backpack. I tried to explain to Madame that, in his Canadian school, he was allowed to access the cloakroom anytime. What I didn’t bother to explain is that, for X, the cloakroom is one tiny step closer to home.

Out-and-about with us, there are still rules of decorum, but now he has two translators to help him pick up on them just a bit faster. Not that we make it any easier on him, since the rules still seem arbitrary, and we enforce them neurotically, self-conscious of how we come across as foreign parents in this notoriously judgmental culture.

We have read that French children are well-behaved and courteous, patient if they are not the centre of attention – basically, more mature than half the adults I know. And it’s true – or at least, that’s how they tend to appear in public. From their youngest socialized moments, French kids are raised under the expectation that, if they behave maturely, they’ll get treated with respect. They absorb it, and everyone takes it for granted.

X is not this sort of child. He can be charming, sometimes endearingly shy, but he is still learning courtesy, even back in Canada, where our customs are more lax. Plus he’s high-energy, and he’s imaginative, and no thank you he will not stand there like a statue while grownups discuss grownup things as if he isn’t there. He wants in on it; or, if it isn’t interesting, he wants to make up his own it and get you involved. Back home, we can usually strike a balance between kid-stuff and grownup-stuff. Here, it’s a see-saw, not a scale, and when you’ve got two grownups on one side of a see-saw and a single kid on the other, nobody’s going to have much fun. 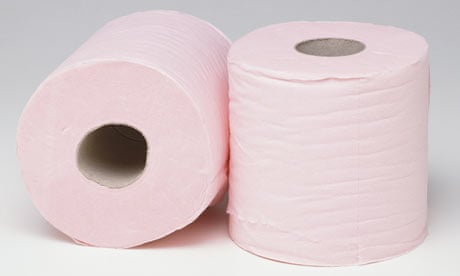 For example: S and X and G and I visit a café for drinks. None of us pick up on some cues from the hostess that would have signalled to a local group that she was planning to close up for the afternoon sieste – that’s one grownup faux pas. She seats us politely and takes our order. X fidgets, and soon is scrambling along the banks of benches. He also kicks off his sandals – I don’t know if “no shirt, no shoes, no service” is a thing in France, but I doubt the French appreciate barefoot children in their establishments. X is rude accepting his snacks, and loudly dismissive of the French charcuterie. Finally, he visits the toilet – a noisy process, complete with him singing through the thin walls – and, when he emerges, he’s got a wad of toilet paper in his hand. “Look!” He chirps, “French toilet paper is pink!”

(Fun Fact: So far in my experience, approximately 2% of French TP is, indeed, pink.)

One 20-minute public rest-stop, final tally: 7 barbaric practices, only 1 of which was the grownup barbarians’ fault. In Canada, most of X’s shenanigans would have been tolerable at worst, endearing at best. And maybe he is totes adorbs to the French, too, and I’m completely misreading the signs. Maybe that hostess was only annoyed at us because we were postponing her nap. But there’s definitely a difference between how a Canadian observer says, “He’s got a lot of energy!” and the way a French witness drawls, “Il y a beaucoup d’energie” – not a comment, but a criticism. High-energy kids are more work for everyone, and the worst thing you can even do to a Frenchman is hand him more work.

So, we stay home. And home should be where everyone can be themselves, shoeless barbarians. But home is now an apartment, X’s first, and the floorboards creak and groan, and the walls are probably thin, and the tall windows permit no privacy, so even at home, we must still be mindful of the French. On the days when X is hyperactive, bounding about and hollering the names of Pokémon, I hold fast to my faith that no self-respecting French neighbour would ever actually complain about noise, but that does not staunch the flow of shame.

The paradox here is that French grownups frequently act like brats. Here, you’re far more likely to witness a tantrum from some jilted lover on a boulevard, screaming “J’vais te tuer!” into their mobile. Young lovers of a less murderous disposition will also succumb to their urges in public, entwining tongues faster than a five-year-old can jettison his sandals.

The other night, a neighbour tried to exit his private driveway, but found another car was blocking his narrow egress. His solution was to lean on his horn for ten minutes, until the car’s owner came to investigate. Would any Canadian you know disrupt an entire neighbourhood just to get their vehicle free? Or would most Canadians find that tactic selfish…thoughtless…even a tad juvenile?