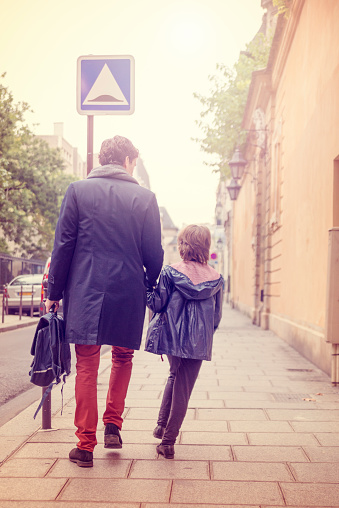 In the course of one week, everything changed for us here in France. It was a new year, with a new school for X. Nanabee was still with us for a week, and my fridge was stocked with Belgian beers from our last holiday excursion. Then things fell apart – the new school changed its mind, Nanabee flew home, and the beer mysteriously vanished. All this time I’ve been asking for transformation; here it is.

We have opted to homeschool X for the time being, even though no one in France recommended that route to us, and we sure as hell don’t want to do it. The other options simply don’t fit – a public school system constructed around conformity can’t possibly help a kid as nonconforming as ours, and Montessori turned out to be a sham – not only a glorified daycare, but a private school which cares only about its reputation, not its capacity to enrich lives. We’re all that X has left in France; maybe we were always all there was.

The problem is, we’re university profs, not kindergarten teachers. The pedagogical gap is painfully wide; I can create a curriculum to drill complex concepts into (mostly) developed brains, but I’m just as lost as the French when it comes to X’s bright, quick, randomly-firing neurons.

What is the goal? X is 5½, not an age where anyone expects much of you. She can pour her own juice and fold her own clothes, albeit under duress. She can’t read – except when she can – but she knows more about math and art and music than any kid her age ought to. She knows the chemical formulae for water and salt, and that reusing is better than recycling. She knows what she wants to know, which is the same for all of us.

But she generally shuns other kids her age, and she looks for any opportunity to break rules, push boundaries, and generally assert her solipsistic superiority upon the world. She will condescend to learn French, but the French as a people mean nothing to her. Winning and keeping the attention of Mom and Dad, sure; but nearly everybody else on Earth can take a hike.

In this context, homeschooling may be the worst thing for her. Certainly, if we take away any and all opportunities for her to socialize in France, we’ll be doing her an enormous disservice. So a big part of homeschooling will have to be leaving the house, finding social training grounds that aren’t quite so punishing as the elementary playground, but which still force X to step outside her comfort zone. There are a few programmes for this in Lille, and most of them are free. So far, we’ve paid a couple of visits to Maison Arc-en-Ciel, a well-equipped playroom where the kids can do their thing under their parents’ (and staffs’) watchful eyes. It might as well be daycare, except they serve the parents coffee, because France.

X also has a weekly judo class, and we’re thinking of signing her up for an art atelier, and if I get her to the swimming pool at the right times, there are other kids with which to cavort. She’s safer in the pool than I am at this point; last time we went, I slamming my foot against the bassin (pool) while coming out of the toboggan (waterslide) and ended up with an orteille rapée (grated toe.

And that may be the biggest challenge, figuratively speaking: limping along. X may be shy or socially indifferent of whatever, but she has boundless energy and imagination, and I could barely keep up back when parenting was effectively a part-time gig. Even walking to and from bus stops inevitably involves battles against imaginary orcs and goblins. I find myself swinging an invisible sword and humming dramatic music without even really being conscious of the process. As a lifelong D&D addict, I shouldn’t complain, but too much of a good thing can kill, and the constant pressure to entertain does wear me down. 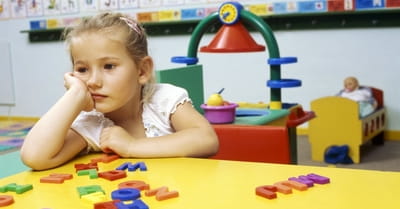 So, we have forged a schedule that includes not only lessons, but also self-directed playtime. It’s necessary, or else I wouldn’t have any spare time to do anything, really – wash dishes, take showers, write blog posts. But it’s also useful for X to be left to amuse herself. Occasionally, our goals will intersect, and she’ll spend an hour cheerfully practicing her handwriting. More often, she plays Nintendo DS while we scramble to catch up on emails.

But so what? She’s five, we’re in France, and this combination of sabbatical and unfettered childhood will never recur. I want to travel more, to be able to expose X and myself to amazing sights and ideas, and if I weren’t in charge of her homeschooling from minute to minute, I’d probably spend all my free time planning excursions down the road. So far, all I’ve managed to book are tickets to The Magic Flute at Opera Bastille in Paris – a transcendent experience, no doubt, but one that doesn’t really speak to any of the agreed-upon learning objectives. It’s probably mostly for me anyhow, and I’ll likely get annoyed and resentful when X wants to leave at intermission.

The French words that keep coming up when discussing X are précoce and haut potential. They are both back-handed compliments – a bit like “gifted” in English – but I am trying to put a positive spin on them as they apply to our immediate futures. Précoce means “bright” and/or “troubled,” but literally it just means “early” – so instead of dwelling on the skills that X has not yet mastered, I’m going to try to focus on what she does know, because exploring Europe is much more exciting when you have a traveling companion with a precocious grasp of the surroundings.

And haut potential just means “high potential” – and there is still plenty of that here for us, in spite of setbacks.