This article originally appeared in The Good Men Project on September 22, 2016. Just a warning (to paraphrase Ira Glass): this post acknowledges the existence of my sex life.

I don’t talk about my polyamory much, because when I hear others talk about theirs, it comes across as bragging. On one podcast, I listened to a guy demurely claim that open relationships weren’t that different from monogamous ones. Then his next anecdote began with, “One week, when I was seeing like 17 girls…” Details like that supplant the important aspects of polyamory with irrelevant questions: “How do you juggle them all?” Worse yet, they set up an implied competitiveness, as in: “I dated 17 people once; how many have you had at once?” 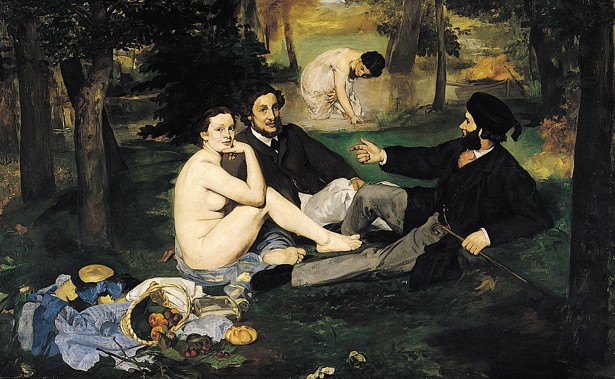 There may be non-monogamous people who do think of their partners as juggling balls, or belt notches. If their partners all understand and agree to their arrangement, then they’ve probably earned the “open relationship” badge (though if you forget to mention the first 16 girls to the 17th, you downgrade immediately to “plain old cheating”). But I would never call those folks “polyamorous,” and perhaps it’s that distinction which more people could afford to understand— even if my attempts to clarify do sound like bragging.

I knew I was polyamorous before I knew the word. My first girlfriend and I were poets at 16, and I Byronically referred to her as my “sister/friend/lover/self.” Yet within three months of our first romantic fumblings, I was asking her, “If someone else were just my friend…or just my lover…that’s not cheating since it’s not all four. Right?” Wrong. We broke up, thankfully before cheating became any more than a theory. What I learned about myself: having a single person who could fulfill all those different categories still didn’t seem like enough.

My next girlfriend was far enough along the Kinsey scale that we could jointly admire other women; however, she got jealous if any of them got too close. In many ways, jealousy is the spider that squats in the web of any discussion about open relationships. Certainly, the most frequent question I field from monogamous onlookers is some variation of, “Don’t you ever get jealous?” Sadly, it’s a conversation-stopper, because the answer is, well, “Nope.”

I can understand that girlfriend’s jealousy. It arose from insecurity, and from a fear of being overlooked or undervalued. When that partner dumped me, I felt something similar as she began moving on without me (I got over it, and 23 years later we are incredible friends). But somehow, I have never felt jealousy at the prospect of a partner who loves other people, providing she still loves me. Having been raised not to think of partners as objects or possessions, I understand that they are going to have their own needs and desires, and I’m only going to be able to fulfill some of them.

Girlfriend #3 was a swift, heartbreaking obsession, but I rebounded with Girlfriend #4, whom I would end up marrying. Still smarting from the last letdown, I insisted that this latest relationship wasn’t a full commitment, just a rebound fling (ironically, we are still together two decades later). However she, already a believer in polyamory, gradually helped me realize that my reluctance to commit was just monogamy fatigue. We agreed to open up our relationship. Our first attempts were soured by the lack of communication (remember what I said about not informing everyone about the arrangement? That). We learned quickly that we had to be up-front, not just with everyone involved in our activities, but with ourselves about our needs and feelings.

“Communication” is the answer to nearly every question about polyamory. Here’s a sampling of the questions I’ve been asked over the years: “Can you and your wife veto each other’s partners?” “Do you and your wife sleep with the same people?” “What do you do if someone does feel jealous?” “What do you do about protection/STDs/unwanted pregnancies?” These are all valid questions, but the answer is uniform: We talk about it. A lot. We talk until all potential awkwardness dissolves, and dating becomes just another aspect of our outward-facing lives, like going out for beers with the guys.

“Do you talk to your wife about, everything?” Nudge, nudge. Not necessarily; if you go out for beers with the guys, your wife probably doesn’t need to know who drank what, or where each person sat. But our domestic sex life is unquestionably healthier because of what we sometimes discover in other people’s beds. Not everything carries over, of course, I might discover I like one activity with a girlfriend, but it just doesn’t work with my wife—but even that’s a learning process which I value. And the same principle can be applied beyond sex, of course; my secondary partners teach me about feelings, fashion, cooking, and culture; all of that knowledge can enrich my marriage, instead of keeping us sealed up in our traditional interests and dynamics.

Therein might lie one difference between what I call “polyamory” (which literally means “multiple loves”) and an “open relationship.” We tend not to be promiscuous, and while I wouldn’t say I’ve been in love with every single partner, I’ve generally taken enough time to get to know them. As friends first, sometimes for years before we become lovers, and I’ll find things to love about them. For the record, the most partners I’ve seen at once is three, and that includes one long-distance relationship. And honestly? Three is probably more than enough for any guy who invests in relationships beyond the merely physical. To me, dating 17 women in one week sounds like an emotional avalanche. Someone who shows the requisite amount of consideration and compassion for his partners—someone who seeks to make the time they spend together meaningful as well as passionate—that person would have to be superhuman to handle double digits.

Most of the world’s thoughtful people still manage to feel fulfilled with one partner, and that’s terrific. A handful of us make it work with more, and that’s fine, too. Human experience doesn’t need to be a race or competition; let it be a treasure hunt, and always dig with care.