I don’t use my Facebook account much, unless I’ve lost somebody’s email address and need to get a hold of them. Ditto Twitter, a platform which seems tailor-made to create confusion and division. Reading a thread on Facebook, I feel as if I’ve dropped in on a friend’s get-together, only to find a fistfight in progress. Twitter is more like walking down a street while strangers hurl garbage and the occasional grenade. 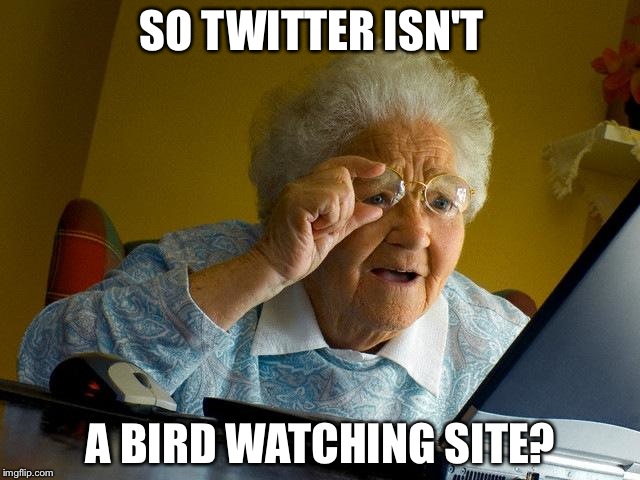 The 2016 American presidential election was a social media affair: it started out with blows below the belt, and it ended with a bombshell. Three weeks after the results came in, my feeds are still awash with shell-shocked liberals seeking blame or comfort, or arguing over whether it’s more acceptable to grieve in seclusion or riot in the streets. Meanwhile, President-Elect Trump is back on Twitter, honing his game to become Cyberbully-in-Chief.

According to some, the election was heavily swayed by what we chose to share on social media. Buzzfeed uncovered a cottage industry of fake news sites in Macedonia and Yugoslavia, churning out “aggressively pro-Trump content” as clickbait for U.S. conversatives. Users who lack the critical analysis to spot a non-authoritative source, or even those who suspect it’s bogus but want to believe, post these links on their news feeds. Their liberal nieces and nephews angrily comment on their lack of accuracy, at which point the links show up on their feeds, where others will click, or repost – or even just glance at the headline, absorb it, and move on. “The less truthful a piece is, the more it is shared.”

I’ve taught critical analysis to university students who, despite having grown up with the internet at their fingertips, don’t understand how it works or why you mustn’t trust it. I teach them how to sift through the crap – or rather, the CRAAP (Currency, Relevance, Authority, Accuracy, and Purpose) to find information that won’t make them look like suckers if they quote it. I even show them how to modify a Wikipedia entry, and as a group we insert some bogus info into the History of Canada page. Then we wait to see how long it takes one of the Wiki watchdogs to correct our “facts.” If it takes more than a minute, I’ll say, “Congratulations. We just made some other freshman flunk their history paper.”

In spite of my efforts, I don’t believe most internet users think critically about the source of their news. If someone they love or trust reposts a story, then surely that story can also be trusted. Contrarily, if they read a repost by someone whose political views they already disagree with, it’s easy to dismiss the article – or rather the headline, since who has time to read articles before posting a comment?

People believe what suits their ideology, their worldview. Trump supporters wanted to see Clinton as a crooked corporate shill, and an embodiment of the government’s lack of empathy for working-class Americans. And Clinton supporters wanted to believe that Trump was a buffoon, a joke candidate whose unsuitability for the job would be apparent to all voters. I confess to being guilty of the latter fallacy: before the election, I would often scan political links to see what dumb, offensive bullshit Trump’s done lately, because I craved the schadenfreude of watching the bully topple onto his butt.

But who’s freuding now? Conservative pundits are having a field day, watching as liberal lemmings scurry to lob one another off cliffs. Which demographic betrayed us worst? Were the Bernie Bros part of the problem, or was their way the right way? Are liberals justified in calling all Trump followers bigots, or should we seek common ground with the misunderstood white middle class who elected him? After weathering the schisms in the Republican establishment, it must be satisfying for the right to watch the left crumble – though if they were paying attention, they’d know our politics have been dividing us for quite some time now.

When we’re vulnerable and scared, we grasp even faster for appealing half-truths. The best current example is the supposed electoral college loophole, which liberals would see used to defeat Trump at the eleventh hour. It’s essentially impossible, but then, that’s what we thought about Trump’s electoral win, right? Unfortunately, with their nerves so frayed, some liberals are resorting to pejoratives, vulgarities, and threats – all in the name of protecting America from a president whose platform consisted of exactly those three things.

Since I emerged from my bunker into the post-apocalyptic social media landscape, I’ve clicked on many links and read many articles – some authoritative, some bunk. Understandably, there have not been many writers able to describe a clear path forward for progressive humanists who still oppose Trump and the Republican agenda.

The closest I could find to an inspiring manifesto was an article shared by a friend: Charles Eisenstein’s “Of Hate, Grief, and a New Story.” I like the way it describes the current cultural upheavals in narrative terms – “when even the custodians of the [old] story no longer believe the story, you know its days are numbered.” Eisenstein sees the approaching “space between stories” as an opportunity to craft a new ideology, and with it a new political movement, even a new age.

Sadly, the author’s vision of a “new age” is couched in “New Age” language sure to alienate conservatives and middling liberals alike.

See how easy it was for me to trash an article in under 140 characters? A Tweet is just a thesis without a supporting argument; a Facebook share is the opposite. And if you’ve read this far into my article, you’re part of the online minority. What can we do next, to slow the rise of internet fascism? Unplug. Meet in groups – in person – where facts and opinions can be probed in productive and respectful ways. Where empathy is a more likely outcome.

For those who stay online, let’s learn to be critical. Back our own ideas with facts, and fact-check our links. Have faith that, even in a time when lies can get you elected, the truth still has meaning.