X’s first two weeks of maternelle, or French kindergarten, were as good as could be expected. In the mornings, he would trot into the room cheerfully enough and start fiddling with some toy or project, and he’d be happy in the afternoons, chattering and eager to show us whatever he’d drawn that day. He even seemed to tolerate the French cuisine on offer at la cantine, which is a huge win for a five-year-old whose favourite dish remains buttered pasta.

The differences in the school system were noticeable to us, but they didn’t appear to bother X. The teacher/parent divide is wider here than in Canada, where we would often hold palavers about X’s progress at both ends of the day, and where the principal even called us in once to see if there was anything more that they could do to make X at home. In France, the classroom is solely the domain of les maîtresses – parents are discouraged from even crossing the threshold – and feedback about X’s days was not forthcoming at all, though that has slowly begun to change.

Two weeks was about as far as any of us could imagine in this strange new place. For awhile, X could keep up appearances and embrace experimentation and all that crap to make his parents happy; but after two weeks, the reality hits home: this is what it’s going to be, now, five days a week plus one half-day on Saturdays. And for him, as for us, the “ten months” of the sabbatical might as well be forever.

Week Three brought a heat wave, which is bound to make tempers short, and not just five-year-old tempers. On Tuesday morning, and again in the afternoon, la directrice confronted me about making sure X had nothing in his backpack.

“We pack a water bottle and a change of clothes,” I replied.

“None of those things,” She clarified, “He needs nothing.” It turns out X was proving prone to visiting the cloakroom without permission, to avail himself of the bag’s contents. “I don’t know how it is in Canada,” She said, “but I am one adult, and I have 24 children. If he leaves, I cannot see him, what might happen? He will be hurt, and no one will see it.”

“I understand,” I said, “But a change of clothes? What if he spills something on his dress and needs to change?”

“None of the others need this,” She said firmly. In French kindergarten, backpacks were strictly decorative.

Conformity is big. The children eat ensemble and visit the communal toilets ensemble. Moreover, I was getting the impression from X that class activities were likewise regimented; one of the first French phrases he brought home to us was “pas semblable” – “don’t do it like that.”

In the summer, I’d taken him to a family rec centre in St. Albert. There were five pools, some of them connected. There, we were set upon every few minutes by lifeguards, telling us that we were doing something wrong. “No flutterboards in this section.” “Those toys are for classes only.” “Your son needs a life jacket.” “Your son needs to remove his life jacket.” Upon leaving, I dubbed it “The Too Many Rules Pool,” which delighted X. We never went back.

Midway through the heat wave week, X had figured out that we’d condemned him to “The Too Many Rules School,” and he began modelling my behaviour. He wanted out.

Wednesdays are a special day. Public schools are closed, but a municipal program keeps some buildings open and runs activities designed to complement the curriculum. It costs a bit, but it seems like a smart system, and since X’s kindergarten happens to be one of the sites, we signed him up, figuring it would feel to him like an undifferentiated week of school. 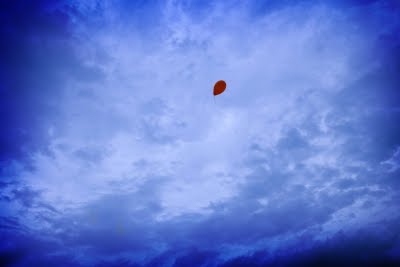 But X picks up on our cues, and once he figured out that the préscholaire Wednesdays are optional, he wanted out. I cajoled him anyway, since there was promise of a field trip; but when we picked him up, it turned out they’d cancelled the outing (too hot) and left the kids to amuse themselves on the playground. We were all discouraged. In an attempt at consolation, we took X to a restaurant serving “North American” food. It was gross. X asked for a balloon. The balloon escaped his grasp in Le Grand Place and lifted away, over the statue of the Goddess, past the chimneys and spires, till it was a smudge of black on the dome of hot blue.

Thursday morning, X told S that some other kids had been hitting him “for no reason.”

Bullying is this parent’s worst nightmare, made worse by its inevitability. Our kid is weird, objectively, and whether we’re home or abroad, some kids will react badly to that. But whereas I could trust the Canadian teachers to have his back, I wasn’t sure about the French ones. How far did conformity go? X’s news was more than a gut-punch; it was a one-two haymaker, starting with the blow that our child is suffering, followed by a sock from the system that strongly implies it’s none of our concern, that we would all need to abide by the school’s rules, no matter how unfair they played out.

Interestingly, though, that changed within a week, when X conducted an experiment in “revenge” by scratching one of the other kids. This, itself, is a blow to the glass jaw of our parental pacifism, but at least that’s something we can work on at home. The interesting part was how quickly we were brought in and debriefed on the incident.

“This child is a very kind boy,” Said the directrice, tilting up the French lad’s cherubic chin to show the scratches. “He would not hurt X. In France, we do not do this.”

Uh-huh. A whole nation of pacifist five-year-olds versus one Canadian wild child. If that’s what she honestly believes comes from conformity, then I fear my son may be enrolled in the “Too Many Fools School.”