One thing I knew I’d need for sure once I got settled in to France: a tabletop role-playing group. Role-playing is probably my longest-lived hobby, and although it has recently graduated to part of my professional freelance repertoire, I still place it somewhere on the spectrum between pastime and obsession. It’s social and creative, it mainlines into my love for complex, interactive narrative-building, and it expands your vocabulary with words like “abjuration,” “brazier,” “incorporeal,” and “glaive-guisarme.” 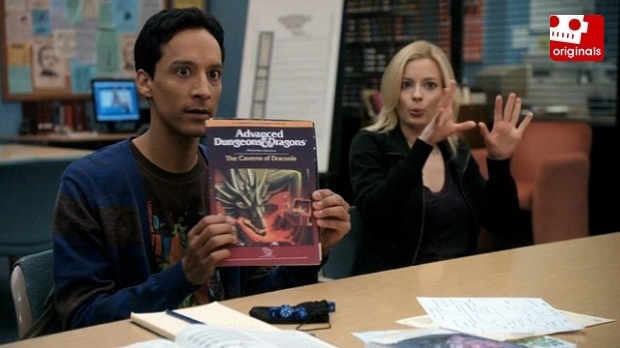 I shan’t attempt to chronicle my entire relationship with Dungeons & Dragons, its spiritual successor Pathfinder, and all the other RPGs I’ve played, gamemastered, or created from scratch. That’s a memoir for another month. During my summer travels, I was blessed with opportunities to roll dice with some of my dearest friends. Arriving in Lille, I knew I faced a quest with a high challenge rating. There were gamers in this city of 228,000 people, of that I had no doubt. But how would I find them?

Since I am accustomed to running games myself, I figured my best bet to get a reliable game was to post a summons for Francophone geeks who want a fun context for practicing English. I ran into a hurdle when G pointed out that, for French people, homes tend to be rather formal environments, and players might feel uncomfortable using my dining room table. That, and the imposition on my family, led me on a snipe hunt to find a public venue for the game.

I targeted BD, a comics shop just down the road from my house which featured a natty café in the back, complete with beer on tap. (Just to stoke your nascent envy, I’m going to type that again: I live down the street from a comics shop with a bar in it. After rehearsing my pitch, I approached the owners to see if they’d be amenable to hosting a weekly RPG session. Sadly, my request was lost in translation; they enthusiastically sent me four streets over to Rocombole, the old city’s games shop.

Rocombole’s proprietor is a perfect Platonic template of the universal games shop owner: balding, bearded, bespectacled, encyclopedic. He dashed my hopes by saying no, he did not host games in his shop. But he offered my something better by rattling off the names of four Lillois guildes. As he explained it, French hobby groups must register with the mairie (City Hall), which grants them access to shared community spaces for their activities. The guild names were exotic and enticing – The Forgotten Tavern, The Storytellers of Legend, The Surveyors of Dreams – but I was intimidated too. Wasn’t a registered community group much more formal than a living-room affair?

As I was thanking Monsieur Hypergeek, a customer apologized his way into the exchange. He overheard my clumsy French requests, and he offered me the chance to join his group, which played Pathfinder “de temps en temps” along with other ongoing games. I gratefully took down his info – so refreshing to be given an email address in a country in love with phone conversation – and added his offer to the list of options.

Then I got pneumonia. Bedridden and homesick for two weeks, I fell back on my B- and C-plans, all of which involved online gaming. There are plenty of options here, ranging from real-time typed posting to sequential play-by-post to fancy, bell-and-whistle sites like roll20.com that strive to duplicate the feel of face-to-face gaming. I reached out to my friends in Canada and beyond, but their consensus was that online gaming was never as good as the real thing. I tried to cajole them into trying something anyway, but my heart wasn’t in it. Because they’re right, damn it. They’re called tabletop games for a reason. While I was convalescing, I missed a couple of gaming dates with Thibeau, the fellow from Rocombole. He was starting a new campaign, using Pathfinder rules but a classic setting called Dark Sun. I was sorely tempted, but their games started at 9pm on Friday nights and could run as late as 2am, and I knew I lacked the stamina. When I’m the Dungeon Master, I need all my players there from Game One, so I assumed I’d missed the boat. But this week, feeling haler at last, I emailed Thibeau to see if he could fit me in. I apologized in advance for my slipshod French, but he said no problem; come by an hour early to roll up a character.

I was first-date nervous. Thibeau and his friends were mid- to late-30s, and had been gaming together for decades. What if there was no place for me amid their in-jokes and high-speed French banter? When Thibeau ushered me in and then excused himself to put his four-year-old to bed, I started to feel more at home. The character creation process was familiar yet full of intriguing linguistic surprises. Who knew that the French expression for “cast a spell” was “lancer un sort” (literally, “throw a type”)?

The gang arrived, toting beer, nutbread and hand-rolled cigarettes. Another surge of panic as they took over the space: were these guys serious role-players? Or were they unregistered and salon-squatting posers, merely there to get drunk and reminisce about the good old days? I mean, they addressed each other as tu instead of vous, for god’s sake! What den of iniquity had I stumbled into?

My Sense Motive check was a fail. The moment we began gaming, I recognized the rhythms, the tropes, and even the types of gamers: Guillaume, the intellectual playing a barbarian to give his brain a vacation; Loeck, soft-spoken and observant, constantly fiddling with figurines but mentally on task; Yannick, who shouted his in-character replies through the open door to the terrace, where his chain-smoking occurred; and Kristof, the joker, full of love for his comrades even as he cut them all down to size.

The French flew fast and furious, but Thibeau would check in to keep me on track. They all knew just enough English that I could cheat now and then without causing confusion. Most importantly, they followed the two cardinal rules of RPGs – principles which transcend formality, guild registration, and even language, as it turns out: Make Sure Everyone Has a Good Time, and Tell A Terrific Story. In that order.