In Michael Moore’s 2007 documentary Sicko, he contrasts the United States pre-Obama healthcare system with the more government-regimented systems of four other countries. First, he goes to Canada, where he mugs surprise at the camera while hosers in Tim Hortons tell him they didn’t have to pay for medical treatment. That’s the government’s job, they shrug (in fact, only 70% of healthcare funding is public-sector, which means we have a quiet little two-tier system of private practice – but that never comes up in the film). The Canucks look bemused as Moore asks them whether the government, or their insurance companies, force them to choose which hospital to visit. He nearly eats his hat when told that, when voting for history’s Greatest Canadian, we picked Tommy Douglas over Wayne Gretzky.

Later, he visits France. This time, he trades in Tim Hortons for a dinner party setting, and all his interviewees are far more immaculately clothed and bejeweled, but the Q&A goes mostly the same. Only the French, he discovers, take their universal healthcare several steps further, with more paid childcare and recovery time, follow-up support and treatment, and even an organized house-call system. Moore even seems to lose his clownish persona for a minute and become genuinely agog when someone tells him the government will send aid to new mothers, including cooking and cleaning help. And everything’s totally free.

Sicko tries to blend anecdotal evidence with more generalized, statistical information about healthcare practice, and as a result it’s sometimes hard to get a feel for what it’s like on the ground, when navigating these systems. This week, after I’d endured 24 hours of fever following nearly two weeks of coughing, my wife told me to buckle up, because I was going to get a taste of French healthcare, where I wanted to or not.

First, let me say that my experiences with Tommy Douglas’s legacy – most Canadians’ experiences, I’d guess – are not as rosy as Moore would have his U.S. audience believe. “We complain, of course,” says one of his Canadian interviewees. But we have good reason to; federal governments in the 21st century have not made healthcare a top priority, and service has suffered as a result, especially in impoverished provinces where funding gets redirected (or mismanaged). I’m still too sick to do any deep research into this, but one 2014 article I found through the University of British Columbia said that healthcare funding was 11.2% of our GDP, and that most funding (30%) goes towards hospitals, not clinics or family practices. It also says that “physician compensation” is the fastest-growing category of health spending. 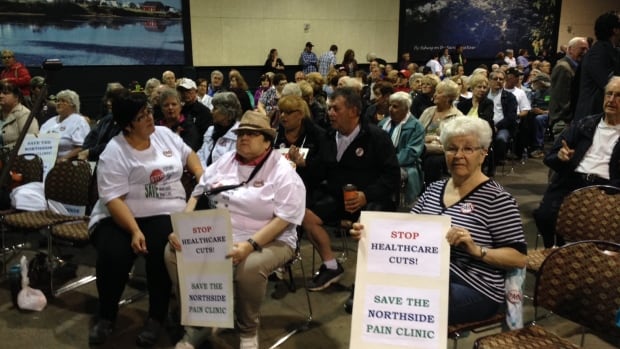 It’s hard to sort out what those numbers imply, but in Nova Scotia (where I live) they mean not enough doctors. Either physicians still don’t get paid enough to want to live anywhere but Ontario, or else remuneration isn’t the problem, and doctors just don’t want to work within a creaky, semi-socialized system. When we moved to Cape Breton in 2009, it was tough to find any family doctors accepting new patients. My buddy asked his doctor if he’d take us on; considering it, he asked, “Are they healthy?”

Overall, Cape Breton is not healthy, and our system strains to keep up. An appointment with my reluctant family doctor can take 2-3 weeks; but there are few walk-in clinics, so we usually head to the hospital when there’s a worry. As a result, ER waits can be four hours or more, and you’d best check the radio before you start driving, because rolling closures of ERs (due to lack of doctors, again) have become the norm. In some waiting rooms, I’ve seen posters that ask, “Are You Sure You Need a Test for That?” presumably to save on x-ray costs, etc

Now, to France – and bear in mind, my experience here was in a large (228,000) and thriving city, not the post-industrial boonies. Still, I lived in Edmonton for 30 years, and I would never have expected this.

Before taking me to the ER, S did some research (because PhD), and she discovered that doctors in France regularly accept walk-in patients. What’s more, Google was bristling with cabinets médecins nearby. We called, and found one two blocks down who would see me in an hour. We waited half an hour, but the visit was quick, efficient, and cost us 23 Euros (if we had a medical card, we would get 22 reimbursed). After getting medication from a nearby pharmacie (they’re everywhere), the next two stops were for x-rays and bloodwork. Both procedures happened with no delay, and both cost under 30 Euros (the French would pay nothing). After the x-rays, I waited 10 minutes and then they handed my x-rays to me, along with a printed assessment and diagnosis. Likewise, within three hours, my bloodwork was up on a website where both I and my doctor could login to view it.

This is where I can see the most profound difference between the systems: in France, the distribution of medical authority is broader. Pharmacists are free to make a lot of diagnoses without prescriptions, but if you’re sick for more than 10 days, they send you to the doctor. Nurses and technicians do more than assist with procedures, they offer diagnostic suggestions directly to patients, plus they network with doctors more directly – a lot of phone calls flew back and forth about “Monsieur Sharplin” that day. I was, and am, in good hands.

The test results helped Dr. A catch my pneumonia as it was becoming a blood infection. She’s referred me to a pulmonary specialist – that one takes a week of waiting, which reassures me that not all French doctors are just sitting on their thumbs, waiting for clueless expats to stumble into their offices. But in the interim, she gave me one check-in exam with her, plus another bloodtest.

“Your system is so quick,” I told her, “In Canada, this would all take weeks.”

“In weeks, you would be in hospital,” She replied, no-nonsense.

“Well,” I said, “Mostly in Canada, we start with the hospital.”

“No, no, no,” She said, as if I’d erred in my phrasing somehow, “Here, we keep patients out of hospitals. If we send them there, we fail.”