I blame the palm civets for my current coffee problems. Remember those adorable Indonesian berry-munchers? They choose only the best coffee cherries, snarf them down, and then leave the beans behind in fragrant piles for the weird hairless apes to collect and export. I first tried Kopi Luwak, the “best and/or most expensive coffee in the world,” on a daytrip to Paris. Now, back in Modestyland, I wonder which part of that last statement is most pretentious — the “best coffee” part, or the “daytrip to Paris” part? Either way, it should be tempered by the fact that I drank cat poop.

Nor was the end of my European java journey. I went back to Café Verlet a few times, to try Kopi Luwak again (it was better without sugar!), and to try some of the other rare items on their menu. They were only a couple of Euros more pricey than the normal blends, so it didn’t feel that extravagant, so long as I didn’t factor in the cost of the train ride from Lille…or the airfare from Nova Scotia. One of the highlights was Moka Harrar, an Ethiopian bean billed as the “ancestor to all the coffees in the world.” These guys do hyperbole better than ANYONE! It was very good, as was the Burmese Chang Gwe and the Indian Mysore. At Café Verlet, I learned that coffee can be as deliciously complex as wine or beer — and all without the indignity of a hangover the next day.

But my happiest coffee experience in Europe came in Amsterdam, when I happened upon a café called Screaming Beans. Inside, it was as hectic as its name implied: the shop had just opened that morning, and many necessities had yet to be set up, including debit, wi-fi, and locks on the WC. But in the midst of the chaos, my eye lit upon an old, old friend: they were selling bags of Huehuetenango (it’s pronounced…just like you’d imagine), a Guatemalan bean which I used to enjoy in Edmonton’s many Second Cup locations. I ordered two pounds, then waited patiently while the shop owners searched through half a dozen crates of coffee till they found some for me. (If you’re ever in Amsterdam, track them down. I’m sure they’ve got their act together by now.)

coffee is grown at the foot of the Cuchumatanes, a rare non-volcanic region of the Guatemalan mountains. Hot air sweeps up from Mexico, mingling with the cold air from the mountains to create ideal conditions for this fruity, chocolatey bean to grow. About a year before I moved away from Edmonton, I found they’d taken Huehuetenango off the menu. I asked a barista about it, and got a vague but dramatic explanation involving volcanic eruptions cutting off supply lines. Over the years, my mind changed this story to involve a Pompeii-like eradication of the entire valley. Imagine my delight, then, to see Huehuetenango back from the dead! I brought my two pounds back to Lille and knocked it back in no time.

I have no way of knowing if Huehuetenango is for sale in Second Cups again, for although I’m back in Canada, I am miles from the nearest location. It might be disappointing anyway. One of my first stops upon returning to Cape Breton was Doktor Luke’s, the coffee house of choice for Sydney’s academics, geeks, and freaks — and while the atmosphere was convivial as always, and they’d even held on the cushion I keep there to insulate my skinny butt… the coffee was…is…fine?

Everything in Europe had an aura, including the coffee. And yes, I complained about the lack of proper coffee cream in France, but maybe my little sacrifice made the coffee taste better as a result — except for the time, just before we left, when I cleaned out our coffee pot with vinegar solution but didn’t rinse it adequately afterwards. Now we are in the land of double doubles, where my snobbery nearly amounts to sedition. It irritated me how much the French seemed to value conformity in their schools; now I’m disheartened by the sameness of the caffeinated landscape.

So I’ve decided to change the terrain. No, I’m not going to start importing Kopi Luwak coffee, to show the locals what they’re missing. They wouldn’t drink it, and I can’t afford it. Instead, I’ve adopted a far less industrious solution: I’m quitting coffee. The way I see it, if every four-dollar latte I drink is laced with the bitterness of espressos gone by, I ought to save myself the money and the grief. There’s a world of other bad habits to cultivate, right?

I’ve tried to quit caffeine a few times before, but the overwhelming majority of my adult life has been measured out in coffee spoons. That’s partly because I really like coffee, but also because — well, do you remember what I said about no hangovers? That’s only true if I drink the hair of the dog (or the civet cat, if it’s available). Caffeine withdrawal is hell, days of eyeball-crushing headaches and low-energy grouchiness. I become such poor company that, whenever I start talking about maybe quitting, my wife starts booking separate vacations. Then, once I am quit, the drug is just so pervasive, it’s hard to resist the temptation…and all it takes is one cappuccino and I’m obliged to keep drinking, or else face another round of withdrawal. 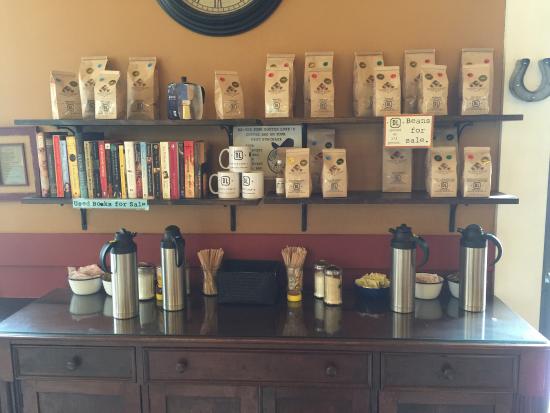 But I’d only ever quit cold turkey before. This time, I decided to get Doktor Luke’s to help me reduce my consumption gradually. I ordered my daily dark roast, but asked them to sneak in a bit more decaf every time. When the flat, tinny taste of the decaf became too obvious, I switched to americanos. Last weekend, I snuck off the bandwagon completely, and although there were headaches, they weren’t as bad as I remember in the past.

Now I’ve been off caffeine for a week, drinking fruity teas from David’s Tea at home, avoiding Doktor Luke’s for awhile to shield myself from temptation. And it’s…fine? I was hoping the change would improve my average mood, or make my energy levels more consistent throughout the day. But nothing’s different, except I have more coin in my pocket and a bit less bittersweet heat in my heart.

I blame the palm civets, those cute devils, because it’s easier to blame them for making coffee so damn good than it is to accept responsibility for my own happiness.