In the hotel/hostel in London, we all lay beside each other, pretending to sleep. Across the street, the bells of St. Pancras Church tolled, and we heard X murmur, “Oh. It’s one o’clock.” But inside our bodies, it was 6pm the day before. The soupy veil of jet lag settled on us, thick behind our eyes, as we strained to sleep. It followed us to breakfast, where I snapped for S for not going along with my pointless plan to try swindling the diner into feeding X for free. It hung on us while we had coffee with an old friend, trading platitudes across a trio of chasms—25 years apart, singledom vs. couplehood, and now the child in our midst whose presence transforms S and me into fractional humans, incomplete on our own, while our friend has remained essentially herself.

Outside the trendy café, X enacted a battle against imaginary foes while we hugged our friend goodbye. When we turned around, X was wandering off, drawn by a nearby fountain. He was still in sight, and possibly in earshot, but he wouldn’t stop when we called him. I managed to stay calm as I intercepted him, but S was already dreading our return into the train station hurly-burly, and she broke down while berating X for running off.

Irrational fears rarely have practical solutions, but we all calmed down a bit when we spotted an abandoned luggage cart outside the station. With this aid, we could tug our luggage to the international tracks while still having a hard time free to hang onto the kid. It took an hour of fits and starts, bathroom breaks and snack grabs, to crawl from one end of Euston Station to the other. Then another hour of waiting after customs, to board a train that goes beneath the ocean, or at least one narrow part of it.

Customs. What an anticlimax. After so much struggle to obtain a visa, the officer barely glanced at me as he stamped my passport and waved me through. I guess it’s what I wanted, and I certainly was in no shape to face bureaucratic arguments that day. But there was something… inauthentic about crossing that threshold. Really? This is it? Now we live in France, and everyone’s okay with that? 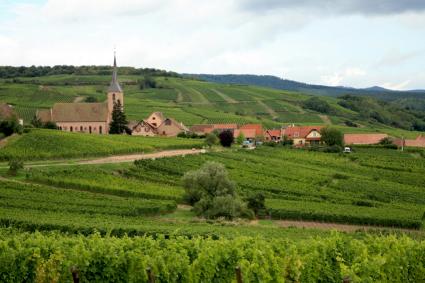 I felt the same about the Chunnel trip. Taking a train beneath the English Channel is, well, boring. Sheila napped. X and I watched Pokémon XY on mute. When we emerged from the long tunnel, I knew we were in France, but the landscape hadn’t changed much: a few more wineries and turbines, but mostly rolling hills and tamed copses of wilderness. I flashed back to the first time I drove across the border into Nova Scotia—how a flock of pigeons lit across the highway, living confetti thrown to celebrate my new homecoming. No symbolism on this threshold, though, unless you are a fan of Freud.

We disembarked in Lille and met G at le gare. G is S’s former thesis supervisor from U of A, now retired and soaking up French culture like a suave sponge. He and X hit it off immediately, while skipping along while S and I stumbled behind, heads a-spin.

Not to get ahead of myself, but G is the closest thing to an angel in Lille. In our first week, he has wined us, dined us, and dispensed advice on how to start chiseling the thick veneer of France’s protocol-packed culture. On that first day, he helped us find our apartment—a two-floor loft in the oldest part of the city. When we booked it online, we noted it was “deuxième étage” – ie. “second floor” – but I (at least) forgot that Europeans start to count from the second story, not the ground floor. Thus, two flights up to reach our front door, and another set of narrow stairs before we finally reached our new beds. 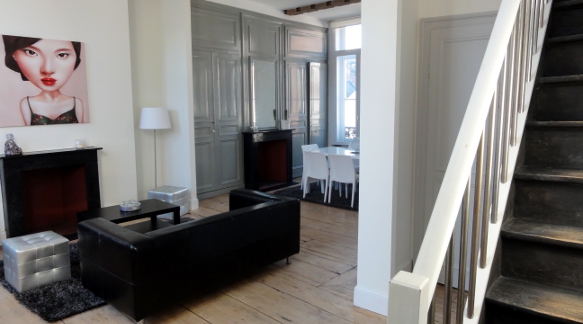 We signed some papers with the landlord and accepted our keys and then we looked around, bewildered, trying to sort out what on earth to do next. I opened all the windows – two rows of long, tall windows facing each other across the open loft – partly to air out the apartment, but also to listen to the sounds of Lille – hoping that I would hear something amid the traffic din that would give me some direction.

Before we started traveling, I knew what to expect: jet lag and fatigue and anxiety would exacerbate small slights until they seemed cataclysmic. What I couldn’t anticipate was this feeling: rest and relief inside a space that wasn’t quite ours, a city whose shape was a cryptic mess of acute intersections and indistinguishable names. When I landed in Osaka one month earlier, I gave myself over to foreign naïveté, letting others do the navigating and translating. In Lille, it’s going to be my job, and it’s sink-or-swim.

Outside our windows, the street noise is overwhelming. Rapid French dialogue echoes up from the nearby courtyard. Our ancient, ship-plank hardwood creaks with every step. The upstairs bathroom stinks from a neglected drain. The washing machine takes two and a half hours to run its cycle. All these quirks require adjustment – tiny bits of mental jet lag, tugging my nerves and my attention away from the miraculous bottom line: nous sommes en France.

The journey is over. The transition begins.